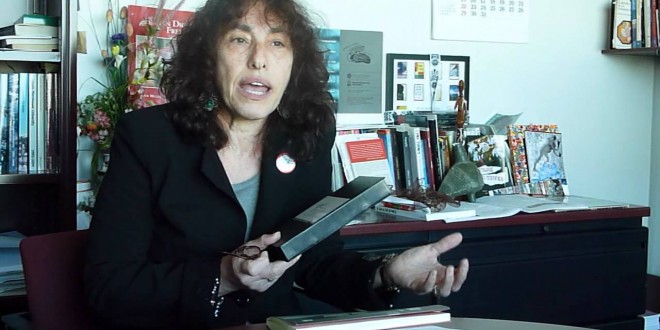 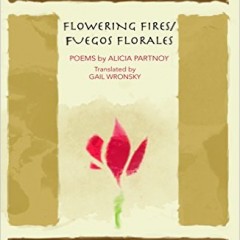 When I heard Alicia Partnoy was coming to speak at Gonzaga (Feb. 29), I started to think about my responsibility…

In the face of terrible abuses

what can I do

hearing, not only listening

feeling, not only watching

doing, not only crying

Sometimes a poem or a song

words of the one witness

I feel and remember

at the impact of living

in a world without voices

So many women and men

killed before I was able

to feel their spirit

along with a part of my heart

What is our responsibility in the face of another person’s tragedy? What do we each lose when someone is “disappeared?” In her 2002 album, “And Still We Sing: The Outspoken Collection” Holly Near sings about women who were “disappeared” in Chile and other places in Latin America. She starts the song “Hay Una Mujer Desaparecida” with a few of the names of women who have disappeared under military dictatorships.

Part of a movement of socially conscious singers, Holly Near and even earlier Ronnie Gilbert of the Weavers used music and words to inspire people around the world to confront abuses, to see tragedy, and do something.

The poet, Alicia Partnoy, who will be speaking in Spokane next week is one of the women who was “disappeared” in Argentina. According to assistant professor Rebecca Marquis in Gonzaga University’s Modern Language department, “From 1976 to 1983, Argentina’s military dictatorship waged a “dirty war” against its own citizens. Thousands of people were “disappeared,” tortured in concentration camps, and eventually killed without their families knowing what happened to them. Alicia Partnoy was one of the few survivors and has written about her experiences in prose and poetry.”

In a public lecture on Monday, February 29, 7:00 pm in Gonzaga University’s Hemmingson Ballroom-Pamplona, Partnoy will speak on “Testimony and Activism: Writing for Social Justice.” What is the role of literature in social justice?  How can writing about experiences of injustice create change?

Answering these questions, “Partnoy will read from her work and discuss the ways her writing has helped achieve justice in Argentina after the state-sponsored terrorism perpetrated in the 70’s. She will share poetry written by other survivors of human rights abuses, to empower them through the dissemination of their words. Come hear how you, as writer or reader, can make a difference in our world,” encouraged Rebecca Marquis, who organized the event, which will be followed by a book signing of “The Little School and Flowering Fires/ Fuegos Florales” and a dessert social.

Speaking of her time imprisoned and isolated at the “Little School” and the significance of bread, Partnoy said, “When tedium mixes with hunger, and four claws of anxiety pierce the pits of our stomachs, eating a piece of bread, very slowly, fiber by fiber, is our great relief. When we feel our isolation growing, the world we seek vanishing in the shadows, to give a brother some bread is a reminder that true values are still alive. To be given some bread is to receive a comforting hug.”

The chapter on bread starts with a quote from Mario Beneditti, A Latin American’s Lord’s Prayer “. .. Give us this day our daily bread, the one that, yesterday, you took away from us.”

Here is one of Partnoy’s poems from her publisher, Settlement House

All of us practice
a more or less generous way
of turning ourselves into the center of the world.

I live. I give. I remember.

Sometimes, not too often,
someone,
maybe a mother fallen, away from her children
or a compañero knocked out of
an unfinished revolution,
will rip apart the watermelon of his chest
right in front of us
and reveal to us
that explosion of tiny black seeds:
Watch them, those people, love them,
look for them.

They live, they give, they remember.
They are the numberless center
at the center of myself that is not me.

If, in spite of that,
we continue to practice
a more or less generous way
of turning ourselves into the center of the world,
so much for us.