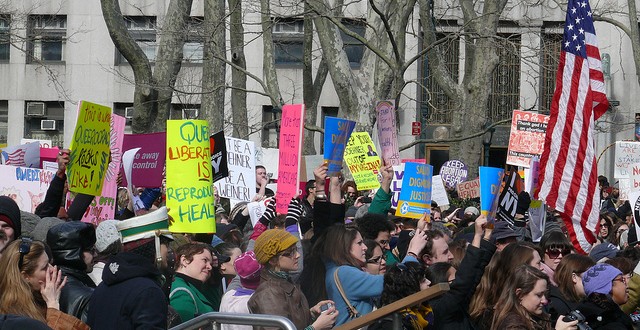 Thousands are expected to protest outside Planned Parenthood locations across the country this weekend as part of the #ProtestPP coalition.

The campaign, organized by national anti-abortion groups, are calling for public protest in response to the undercover videos released by abortion opponents in July, purporting to show Planned Parenthood executives negotiating the sale of fetal parts.

It’s the second national protest day organized by #ProtestPP. The first one was held in August.
Mark Harrington, of CreatedEqual, is urging people to join in the protests.
Hetold OneNewsNow, “We believe in the long run this is going to be a grassroots effort that’s going to end Planned Parenthood, defeat them – not just defund them, but end them for good and end abortion for good.”
Protests are scheduled in Pullman and Spokane on Saturday beginning at 9 a.m. and at noon in Spokane Valley.
Planned Parenthood of Greater Washington and North Idaho released a statement condemning the protests, “The bottom line is that if these protesters really valued families, women, and children, they would trust women to make their own personal health decisions and support access to birth control and comprehensive sex education. They would commend people for taking proactive measures to address their health needs instead of spending time protesting and attempting to block people from access to our health centers.”

The Planned Parenthood clinic in Pullman was firebombed in September and will resume offering health services Oct. 12 at a temporary location,  745 N. Grand Ave. #108 in Pullman.

Previous Ask A Buddhist: Beginning resources for Buddhists
Next We Don’t See Things As They Are; We See Them As We Are