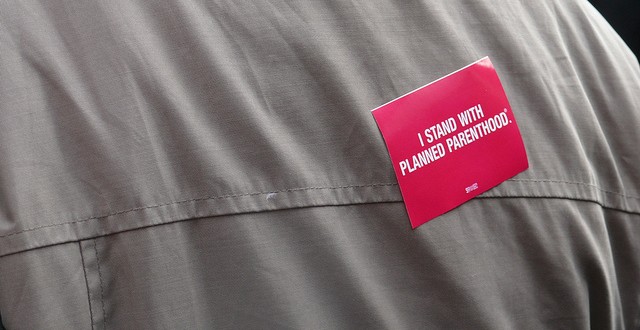 Planned Parenthood and Finding the Truth in the Midst of Confusion

There is a reality that cannot be avoided in our world today. That reality is that ‘truth’ is a very elusive and difficult thing to find. A great deal of our information that comes from media sources has either been distorted or written in such a way that leaves the hearer or reader wondering about its veracity. The most recent release of videos and written information about Planned Parenthood certainly falls into that category.

As a Christian minister who works for Planned Parenthood, I wholeheartedly support and stand with Planned Parenthood, not just during this current barrage of accusations, but in its important work in providing access to health care for more than 2.5 million women, men and young people across this country.

There are some important facts that should be known in order to gain a perspective about what is being written and spoken about Planned Parenthood. The latest attacks come from an anti-women’s health organization that has been fabricating stories and doing “undercover” work to denigrate our work for years.  This is not the first attack, and surely it won’t be the last.  The stated purpose of this group is to shut down all family planning work and reproductive health services at every Planned Parenthood clinic in the U.S. In their efforts to eliminate contraception and abortion, they harbor the idea that taking away the vital services that millions of women receive from Planned Parenthood will be in the best interest of all women.

The reality and the truth is this: women come to Planned Parenthood because we provide compassionate and non-judgmental care. We are experts in reproductive and sexual health matters.  We offer annual exams; STI testing and treatment, including HIV/AIDS; screenings for cervical or breast cancer; several forms of available contraception; vasectomies and abortion.

There is another truth that must be addressed. The latest claim being made is that Planned Parenthood sells fetal tissue for profit. Nothing could be further from the truth. Videos are being released of long interviews with clinic medical providers being probed by undercover anti-abortion activists using undercover cameras.  These videos are then edited in order to ‘sell’ their message. Let me share five important facts about the latest smear attack on Planned Parenthood.

How naïve it would be to believe that the truth would enlighten those who have already made up their minds about this issue. Yet, there is simply the need to speak the truth and to stand up for what one knows to be an injustice. For almost 11 years I have served the incredible organization where I am now in ministry. In that time I have been on the receiving end of a great deal of criticism and ridicule. Often my own spirituality and calling into ministry have been questioned. That is my daily reality that I have learned to live with that.  But I cannot and will not cease from telling the truth about this work because I believe in women, their right to self-determination, their right to reproductive health care, and I believe in justice.  I believe with my whole heart that truth does indeed free us from judgement, hate and discrimination.  I believe in Planned Parenthood.  That is my truth.