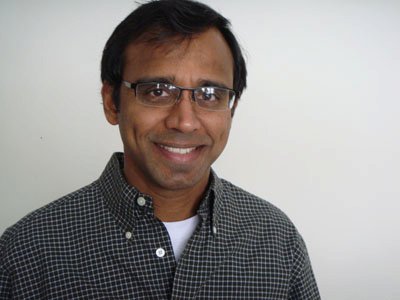 Jesus’ second miracle is in stark contrast to his first one. While the previous healing was sought by a royal official, Jesus took aim at the dregs of society in this miracle (I wrote about the first healing in my previous post). The discards and the helpless waited in Jerusalem by a pool named Bethesda. Most likely the purpose of the pool was to cleanse and wash off before entering the temple. But the sick congregated outside the pool to receive a miracle from Bethesda, which means grace. The Darwinian nature of the pool is interesting. Sometimes an angel would go into the pool and stir up the water. The first person who entered the pool after the stirring would emerge cleansed of sickness. The system was fundamentally unfair because only the fittest among the sick was most likely to be cured. In this race for a cure, recognition was reserved only to the one who finished first. When Jesus saw the people scattered around the pool, he was drawn toward a man who had been ill for 38 years, but with no chance of obtaining a healing on his own because of his immobility. Why Jesus chose this man is not clear. Perhaps his plight was worse than that of the others. Perhaps the invalid’s time had come and it was a reward for his patience. Perhaps it was his unwavering faith that drew our Lord’s attention. This miracle is representative of a group of miracles in which the recipient did not actively seek out a miracle. Unlike Naaman or the royal man in the previous miracle, the recipient did not have to travel to find the prophet. This time the prophet found the needy man and asked, “Do you want to get well?” “Get up! Pick up your mat and walk,” (John 5:8) said Jesus. Instantly, the man walked away from the pool carrying his mat, much to the dismay of the religious authorities who accused him of violating the Sabbath. Instead of wonder and joy at his cure, the Pharisees were bothered that the man carried his mat on the Sabbath. It was a legalistic technicality that concerned them most. For Jesus, however, compassion trumped legalism. Later, Jesus found the man in the temple and told him, “See, you are well again. Stop sinning, or something worse may happen to you” (John 5:14). This offers another insight into the dynamic between healing and accountability. Remarkably, although Jesus sought out the invalid and offered healing, he also demanded a spiritual transformation. Jesus made it apparent that healing the body without a transformation of the spirit is not a wholesome cure. In this miracle we see wellness is sometimes offered even without our demand. It is also made clear that wellness is nurtured through principle and shaped in discipline. Jesus demands a transformation to accompany the miracle. Also we see the legalism of the religious authorities who are keen on focusing on the brush strokes of the law only to miss the portrait of compassion Jesus sought to paint.

Prabu David, Ph.D., has a strong interest in religion research.