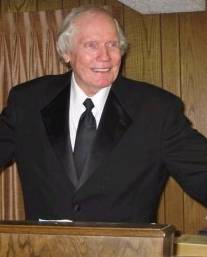 (RNS) Reports that Fred Phelps, 84, founder of the Topeka, Kan., church known for its anti-gay message and protests of military funerals, is on his deathbed have some looking forward to the Westboro Baptist Church pastor’s passing.

The Facebook page Fred Phelps Death Watch was created March 16 and has nearly 1,900 likes. The page states, “While we wait for God to take him, because he hates homosexuals, let’s relive some of his more memorable moments while we wait.”

Brandi Lynn Wallberg, a stay-at-home mother in Wisconsin who created the Facebook page, said it is meant to be a satirical outlet for people who oppose Phelps.

“Sometimes it’s easier to make light of an ugly situation and to just laugh at everything,” she said.

Wallberg said she has received comments questioning the morality of celebrating a man’s death. She also said commenting on the page can be “cathartic.”

Another Facebook page, Protest Fred Phelps’ Funeral, was created in 2012 and posted a link about a documentary project to include footage from Phelps’ funeral.

Nate Thomas, one of the page’s creators, said the page is more symbolic and not advocating a protest.

“Our page offers Facebook users a place to vent anger and frustration or forgiveness and well wishes,” said Thomas, a recent college graduate.

Thomas said he’s not looking forward to Phelps’ death, “but I’m glad he will no longer be able to hurt anybody else.”

The problem with Phelps’ death will be that he has not recognized how much pain his actions have caused, said Bethany Cseh, pastor at Catalyst Church in Arcata, Calif.

“I am a follower of Jesus, and I think Jesus is grieved with the idea that (Phelps) is dying before he could apologize and make things right,” Cseh said.

Westboro responded in an online statement to the deathbed rumors, saying they are “highly speculative.” Phelps’ estranged son, Nate, has said his father was excommunicated from the church. Westboro said, “Membership issues are private.”

Azariah Southworth, a blogger and student at Purdue University, said the best way for the gay, lesbian, bisexual and transexual community to respond to Phelps is with love.

“We’re preaching love for ourselves and for our right to love,” said Southworth, who wrote a blog post titled “Fred Phelps, You’re Loved” about an encounter with Westboro protesters in 2010. “Let’s go all the way with the message and show love to the most unlovable person.”

For Al Snyder, there will never be forgiveness for Phelps. Snyder is the father of Matthew Snyder, a Marine who died in the Iraq War and whose funeral was picketed by Westboro members.

“I hate the man,” Snyder said.

Snyder sued Phelps for damages based on emotional distress. In a 2011 ruling, the Supreme Court sided with Phelps, saying Westboro was protected by free speech to picket military funerals.

Though Snyder dislikes Phelps, he said, “I still feel everybody has the right to be buried in peace.”

“People should just say good riddance,” Snyder said. “A bad man has left the Earth, and now he will answer to a higher power.”