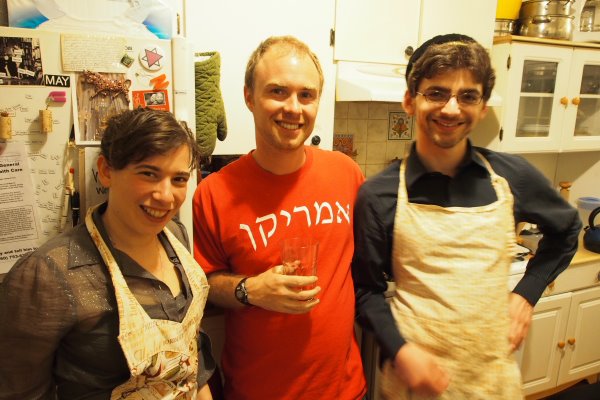 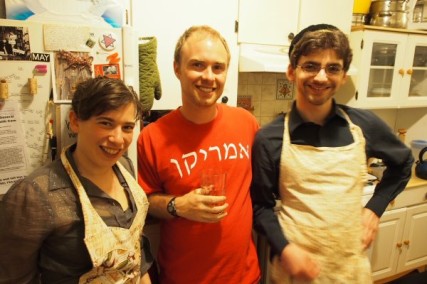 Among my Jewish friends on Facebook, the Pew Research Center’s widely publicized sociological survey “A Portrait of Jewish Americans” is still generating discussion. And while my Facebook chavurah is no doubt less statistically representative than Pew’s sample of 3,475 self-identified Jewish Americans, my friends’ lively conversation suggests that the subject deserves a second look.

I happen to believe there’s segment of the American Jewish population that will always find reasons to worry that Judaism is dying. One of Pew’s most headline-grabbing discoveries was that only 68 percent of Jews surveyed who were born after 1980 identified as religious. Among those born between 1914 and 1927, in stark contrast, 93 percent identified as religious. As I wrote last month, it is possible that each new generation of American Jews has felt less obligated to preserve traditional Judaism than the one before. Why has this happened, and what can American Jewish organizations do to slow or even reverse the trend? To those who fear that Judaism is dying a slow death, these may be the key questions of our age.

One controversial theory is that the Israeli government, particularly in its actions towards Palestinians, has pissed off a lot of young, liberal U.S. Jews. These same Jews may believe, as the Jewish Daily Forward recently reported, that many American Jewish leaders refuse to address their discontent with Israel. That may not be the only reason Jewish millennials have drifted away from religious identification with Judaism, but it could be a contributing factor.

At first glance, Israeli politics and religious Judaism might not seem closely connected. But the Pew survey found that “emotional attachment to Israel… is markedly stronger among Jews by religion.” Some American Jewish organizations, as the Forward indicated, “have maintained lockstep support for the Jewish state, even as Jewish public opinion shifts.” Jewish millennials who see politics and faith as complex issues and value critical thinking are unlikely to support anything in a “lockstep” way.

In the Forward article, Anti-Defamation League head Abraham Foxman responds, with typical bluster, to Jewish millennials’ critique of Israel. What he says, in essence, is that millennials don’t matter: “I don’t sit and poll my constituency. Part of Jewish leadership is leadership. We lead.” I have been part of organizations with that philosophy. The leaders force their views and policies upon their constituents without getting their input. Then the mass exodus begins, with members seeking out places where their voices will be heard.

The same article quotes Steve Bayme, director of the American Jewish Committee’s Contemporary Jewish Life Department, as saying that millennials who question Israel’s actions lack an “adequate knowledge base” to be capable of informed opinions. I highlight Foxman and Bayme not because they broadly represent American Jewish leadership; thankfully, I doubt they do. However, for bleeding-heart Jewish liberals like me, who don’t identify strongly as religious, being summarily dismissed by prominent Jewish leaders has done nothing to endear American Judaism to me.

As some of my Jewish Facebook pals noted, and blogger Rokhl Kafrissen has also observed, Pew didn’t do a great job of analyzing the richness of non-religious Jewish expression. Moreover, in its discussion of Jewish child-rearing, the survey uses the following categories: “Jewish by religion,” “partly Jewish by religion,” “Jewish not by religion or mix,” “not Jewish” and “other.” It is always possible to define statistical categories based on criteria such as “attends synagogue weekly” or “celebrates Shabbat with blessings and candles.” Yet the meaning of “raising a child Jewish” strikes me as endlessly personal and unique to family and circumstances.

I attended synagogue regularly as a child. I went to Hebrew school. I had a bar mitzvah and even co-led religious services as a teenager. But what I liked best about synagogue was the music and the intellectual discussion. (What I liked best about Hebrew school was when it ended.) I married a Christian who, like me, wants to raise our children interfaith. What that means is something we’ll have to figure out as we go. If our children attend Shabbat services and get bar or bat mitzvahed, are they being raised Jewish by religion? I think that’s for them to say. I hope the Pew survey inspires constructive strategizing, keeping in mind the shifting landscape of American Jewish life, rather than “alarmist” responses that add little of value to the conversation.

Previous BRIEF: What we can learn from Buddhist nuns
Next Holidays are what you make them