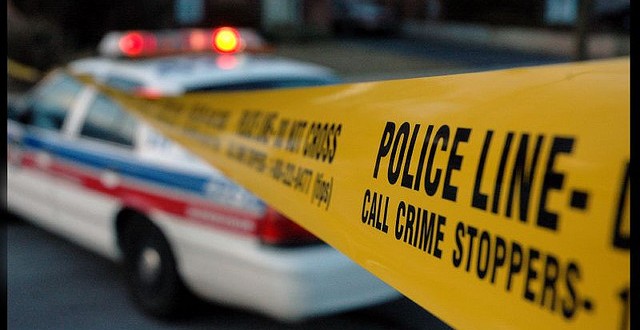 After the Alton Sterling shooting happened on the 6th, I wondered what arguments and controversies would arise on social media this time. This time. It’s bad enough that we read about so many African American shootings that I need to emphasize “This time.”

However, as with the countless police shootings, two boiled-down arguments have emerged. The first is that cops are racist and they shouldn’t be racist. The second is that Sterling or (insert any of the other black mens’ names here) were resisting arrest and should not have resisted.

As a child I was taught two things. First, I am white, male and heterosexual. I am very privileged to be born with those advantages. I was also raised in a community that saw police as friends. Second, any time I am dealing with a police officer I should listen to what they say and do everything they ask. Don’t make sudden movements and if you must reach for something, tell them what you are grabbing and where you are grabbing it from before you do so.

These two lessons swirled in my head and I asked myself this question:

When interacting with a police officer, which of those two lessons have a greater influence on my safety?

Yesterday I felt that I could not write about the Sterling shooting because I did not have that answer. I didn’t know what the bigger influence was.

After watching as much of the brutal video as I could stomach, I saw that Castile had not broken any laws (other than having a broken tail light). Castile had a permit to carry a fire arm and informed the police officer of this fact. Before reaching for his wallet, Castile informed the officer that he would do so. And then he was shot.

Castile did everything I was taught to do to stay safe at a traffic stop. So what’s the difference between him and me? Scroll down to my bio and I think you can figure it out.

I am not going to say that all cops are racist. I firmly believe that isolated incidents do not speak for the actions of all cops. But the numbers are there. The numbers tell us that there is a serious systemic problem.

It could be blatant racism and violent, unprovoked aggression towards African Americans. The problem could be that cops have a tendency to dehumanize those they interact with. Perhaps the problem is high stress situations that officers do not know how to properly diffuse.

I value the service that police give to their communities. But that needs to be every community. The training and actions of American police officers need to be seriously evaluated.

This article won’t solve the problem. It can only be solved when our leaders take action. However, they won’t take action until they hear our voices. Our voices can be heard from news outlets, blogs, protests, Facebook posts and so much more. If you have a stance, take it. Make your voice be heard so we can find justice for every community.

But retaliatory violence will not help. Shooting 12 cops with a sniper rifle will not bring about peace. It only stirs up fear, anger and more violence. These communities need peaceful voices. Not violent voices. The shootings in Dallas sicken me because it is only fighting fire with fire. The actions of those two snipers will not bring about legislative change in favor of their community.

But I think they know that. They don’t want peace. They were only shortsighted enough to want retribution for themselves, not peace for their whole community.

Those voices should not be as loud as the peaceful, and yet forceful voices of those trying to promote real change — change that is needed so that every community can feel protected by the figures that swore to serve them.