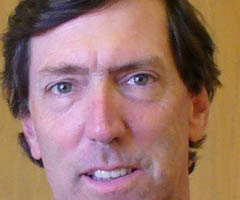 Paying off our nation’s debt is a spiritual issue

And so now, as often happens, we meet at the intersection of religion and politics streets.

Representative Paul Ryan’s budget committee of the U.S. House has produced a budget that cuts 5.3 trillion dollars from projected deficits over the next decade, a formidable number that does not erase the whole thing, but makes a decent dent in it. When he explained this budget on Meet The Press he emphasized the need to solve this budget crisis now, before it is too late, in a way that reduces federal spending and produces private sector jobs. These are laudable goals; indeed, the Obama Administration shares them.

What concerns me is how Ryan’s committee proposes to do all this. Medicaid would be cut by 800 billion dollars over the next decade, Medicare would be transformed into a system in which government subsidies for the purchase of private health insurance would replace the present reimbursement system, and 261 billion of projected cuts in Defense Department spending would be restored to the Pentagon, financed in part by cuts to food stamps and federal employee pensions.  There are other huge cuts to social service programs.

On the revenue side, the top tax bracket would be reduced from 35 percent to 25 percent. Ryan justified the tax cut by stating that along with the reduction in tax rates for the wealthiest Americans there would be a corresponding closing of tax loopholes — though he did not specify just which loopholes those would be — assuring us that total revenue would remain steady, “neutral” is the term he used, while spending would be reduced, assuring us all that in the aggregate the wealthiest Americans would pay no less in taxes than they do now.

This is precisely the problem. By Ryan’s own analysis the richest people in this country would contribute precisely zero to solving our budget crisis; they would pay no more than now. The folks who use Medicaid, food stamps and other social service programs would shoulder the entire burden.

Apart from the question of the dubious relationship between tax rates and job creation, the fact that even by Republican analysis the burden of solving the debt crisis falls entirely to the poor and lower middle class is deeply troubling. The Hebrew Bible image of the jubilee immediately comes to mind. We don’t know if a jubilee was ever actually declared in ancient Israel, but the notion was that every 50 years all debts would be remitted and all property alienated during the previous half century would be returned to its ancestral owners.  The poor get a chance to start over. In Luke’s Gospel Jesus reads the jubilee text from Isaiah of “good news to the poor” and declares that this is what the kingdom looks like.  What we have before us here is an anti-jubilee, a decree that only the poor must pay, it is the wealthy who get a new start.

I realize most analysts are saying this budget has no chance of passage; fair enough. But the spirit of this budget is alive and well, and I just can’t believe this is what we as a nation really want. Let us find a way that everyone really does contribute to the economic recovery that everyone wants. Let us find a means by which all help pay off the nation’s debt. Only then will we be able to look our spiritual heritage in the eye; anything less will represent the complete failure of our spiritual imagination.