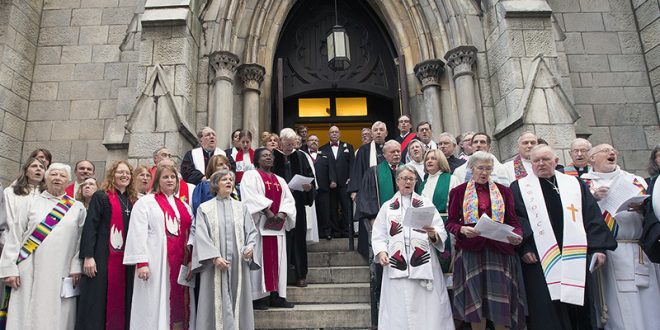 (RNS) What do pastors think about social or political issues?

Only 8 percent of adults say they are interested in hearing pastors’ views on issues such as same-sex marriage, LGBT rights, abortion, guns, tax policy, climate change, drug policy or religious freedom, according to the Barna Group’s State of Pastors study, released Thursday (Jan. 26).

And that supports one of the study’s biggest findings, Barna President David Kinnaman said during a webcast about the study: “There is a huge amount of skepticism and indifference to today’s faith leaders.”

The State of Pastors – commissioned by Pepperdine University, an independent Christian university – surveyed more than 14,000 pastors from 40 Protestant denominations across the theological and political spectrum, both online and by phone, according to the full report. It also includes data from surveys of all U.S. adults and millennial adults, born between 1984 and 2002.

But while Americans may be skeptical and indifferent to pastors as a whole, most like the pastors they know. One-quarter have a “very positive” opinion of pastors (48 percent are more indifferent, expressing a “somewhat positive” opinion), but two-thirds who personally know a pastor have a very positive opinion of him or her, according to the study.

Two-thirds also believe pastors present at least some benefit to their communities.

And 48 percent said their personal experience of pastors was more favorable than the media’s portrayal of faith leaders: 33 percent likened the pastors they know to Eric Camden, the likable pastor-dad on the TV show “7th Heaven.” Fifteen percent compared their experience of pastors to Fred Phelps, the founder of Westboro Baptist Church.

Previous The changing nature of America’s irreligious explained
Next Ask a Jew: What about graven images and sea food?