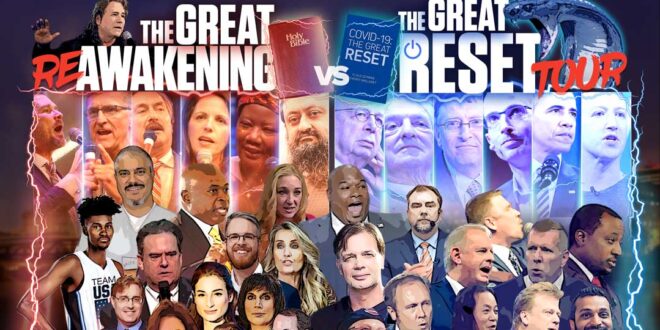 Area faith leaders are raising the alarm about an event coming to the Stateline Speedway in Post Falls on Sept. 16 and 17 featuring dozens of right-wing speakers.

The ReAwaken America tour has been making stops around the country all summer. Key speakers include Eric Trump, My Pillow CEO Mike Lindell, retired Gen. Mike Flynn and Roger Stone, all of whom have said that the 2020 election was stolen and Donald Trump should be president. The event is hosted by Clay Clark of the ThriveTime Show.

The Rev. Rick Matters of Spokane said one of his main concerns is that the event is cloaking itself in Christianity.

The focus of the ReAwaken America Tour isn’t on Jesus’ message of love and care for your neighbors, Matters said.

“It works contrary to the values of the Gospel,” he said. “It misuses and misrepresents the teachings of Jesus Christ. Its message is divisive. It celebrates hatred and gives permission for violence.”

The message at the rallies seems to be that Christianity should be part of the government, Matters said.

“General Flynn has said at one of these rallies that people need to pay more attention to their Constitution than to the Bible,” he said. “The Constitution includes the separation of church and state. They seem to be conveniently ignoring that.”

“Several of the speakers at a typical ReAwaken America tour are Proud Boys or helped organize and execute the January 6 insurrection,” he said.

A heavy part of the ReAwaken America Tour message is that the 2020 election was stolen from Trump, who received 232 electoral votes to President Joe Biden’s 305 electoral votes. Biden also won the popular vote by a margin of more than 7 million votes.

“They’re all perpetuating the Big Lie,” Matters said. “There are a lot of conspiracy speakers. At the same time, they use Jesus, they quote the Bible. It’s kind of apocalyptic rhetoric.”

Matters said that even though the tour events include several non-white speakers and aren’t overtly racist, they have also dipped into the area of White nationalism.

“Christian nationalism is kissing cousins with White nationalism,” he said. “It’s like a Venn diagram and they all overlap significantly.”

This week Matters sent a letter to the owner of Stateline Speedway, Luke Kjar, asking him to reconsider hosting the event.

“As Christians, ours is not a political opinion, but a concern of mixing Church and State,” the letter reads.

He’s also helping organize vigils to be held at local churches the weekend of the event in Post Falls. His church, St. Paul’s Episcopal Church in Kennewick, will also host a vigil. Similar events have been held across the country in response to the ReAwaken America tour, Matters said.

An in-person counter rally at the Speedway will not be held because of safety concerns, Matters said.

Other faith groups have also been voicing their concerns. The Faith Action Network, based in Seattle, has released a letter asking for local houses of worship to host vigils the weekend of the rally.

“Standing against Christian nationalism is part of the public witness we are called to at Faith Action Network,” the letter reads. “In our current climate, as Christian nationalism aligns with violence and anti-democracy movements, we raise our voices to say that this movement does not share FAN’s shared values of love, justice, inclusion, equity and compassion.”

The Rev. Gretchen Rehberg, Bishop of the Episcopal Diocese of Spokane, will pen an opinion piece in the Spokesman-Review on Sept. 4 speaking against the event.

Tony Stewart of the Kootenai County Task Force on Human Relations said that his organization isn’t planning anything specific to address the ReAwaken America Tour, but will continue its work to further human rights in the region.

“We’ve been doing this since 1981 and there are always concerns,” he said. “We do a lot more than react. We’re proactive.”

The organization made and distributed 2,000 t-shirts that read “North Idaho Rejects Hate” after 31 members of Patriot Front, a white supremacist hate group, were arrested in June in Coeur d’Alene as they were on their way to an event hosted by the North Idaho Pride Alliance.

The task force will also hold its annual human rights banquet on Sept. 24 at the Best Western Coeur d’Alene Inn, featuring the documentary “What are Idahoan’s True Values: This is Who We Are.” Other events include a town Hall in October and an appearance by Sara Kamail, author of “Homegrown Hate,” on Nov. 14.

“We are asking Christians of any denomination to sign the petition and we’re asking non-Christians to sign as well as supporters and allies,” Matters said. “If we’re silent, then the message of ReAwaken America as Christian is the only one that is heard.”

Previous Prioritize a Weekly “Sabbath” to Rest and Renew from Your Labors
Next Is violence a Christian value? No!