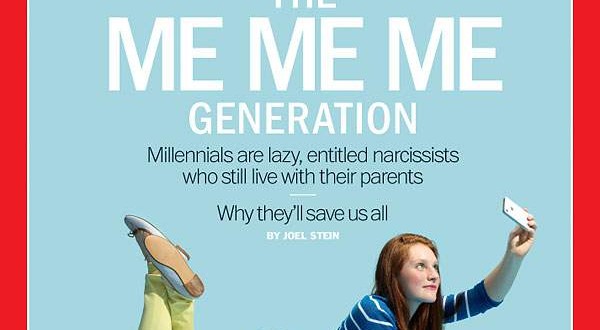 Part time by choice in a workaholic culture

Last month, an article by Jeff Green, “Why 6 Million Americans Would Rather Work Part Time,” found its way into my Facebook feed. Not surprisingly, many of these part-timers by choice are in their 20s or early 30s. Green’s piece is a welcome counterweight to Time magazine’s notorious 2013 cover story on Gen Y. What Joel Stein actually wrote wasn’t an epic scolding of Millennials — but that cover, man. I think a lot of people willfully ignored its final sentence, “Why they’ll save us all.”

I was also pleased about Green’s article because a few years ago, a middle-aged person told me that my generation — Gen X, technically, but I’m young enough to get lumped in with Y — doesn’t know “how to be of service to others.” If you’ve been reading certain think pieces on today’s young adults, you’d probably agree. After all, empathy isn’t a priority when you’re a lazy, entitled narcissist.

A 20-something friend of mine is a freelance magazine writer, is working on a book, and has a part-time job to supplement her freelancing income. Believe me, she’s no narcissist. In fact, she’s a smart, well-connected person who simply won’t settle for work that doesn’t mean anything to her. Like most millennials, she’s done her time in customer service. At this point, however, she’s choosing joy and meaning over some previous generation’s idea of what a “normal” professional life should look like.

What Green seems to be saying is that piecing together enough part-time work to sustain yourself, while pursuing deeper interests during your time off, is pretty normal nowadays. That doesn’t bespeak some character flaw in millennials, and it isn’t necessarily a crisis, for them or the rest of us.

Green emphasizes a societal change that almost certainly has more influence than any qualities Gen Y does or doesn’t possess:

Then there’s that terrific New York Times piece, from 2011, that puts the lie to the Millennial slacker stereotype:

There is ample evidence that young people today are hard-working and productive. The share of college students working full time generally grew from 1985 onward — until the Great Recession knocked many millennials out of the labor force, according to the Labor Department.

And while many college students today — like those of yesterday — get financial help from their parents, 44 percent of students today say that work or personal savings helped finance their higher educations, according to a survey of recent graduates by Rutgers University.

Boeing used to be called the Lazy B, and not because its workers were especially lazy. The company earned its nickname because a person could theoretically start working there as a kid and end up retiring with a fat pension. It was the career track that was “lazy” — no need to shop around, writing and rewriting resumes. Boeing would take good care of you and your family. You were set for life.

Show me a company like that today, and I’ll show you the DeLorean you used to find it. There’s a sadness and desperation about the idea that now, more than ever before, it’s every worker for him- or herself. Companies use us for as much as we’re good for, and then they toss us away like compostable coffee cups. Beyond that pessimistic outlook there’s a wealth of opportunity for personal fulfillment.

The hypothetical Boeing worker who goes from cradle to grave under the company’s protection might be thrilled with his work. Alternatively, he might feel like the Man in the Grey Flannel Suit, a cog in the machine, a midlife crisis waiting to happen. People often say millennials will have many careers throughout their lives, and that sounds exhausting. But is it any more exhausting than toiling at a job you never even liked just because you’re “taken care of” — and terrified of starting from scratch somewhere else?

One of Green’s interviewees put it this way:

“My parents kind of dedicated themselves and were loyal employees for a really long time and kind of had stressful lives,” Caruthers says. “And looking back, I see them, the way they really threw themselves at their careers, and it kind of turned on them. I want more of a balanced life. I want to have a healthy work-live [sic] balance.”

I work part time at Spokane Area Jewish Family Services. It’s the most fulfilling position I’ve had in almost a decade. Don’t get me wrong — I’ve liked jobs between then and now. But this job is special. Every day I get meaningful human interaction, a nice combination of office and field work, and a lot of creative control. In the near future, I’ll need to supplement my income with freelance writing, a part-time counseling gig, or some other side job. Nevertheless, truly rewarding work, to paraphrase Proverbs 3:15, is more precious than rubies.

Because I work part time, I can write for FāVS, spend time with my wife, friends, and cats, and avoid burnout. For many part-timers by choice, plopping down at a desk for 40 hours or more per week, in front of a headache-inducing computer screen, isn’t sustainable. The Internet Age began about a quarter-century ago. I think we’re just now figuring out how to unchain ourselves from our computer terminals and get back into the vibrant, colorful, lovely world outside.

Previous Survival of the Kindest – Spokane organizations gear up for second annual Compassion Games
Next Are you going to see the pope?