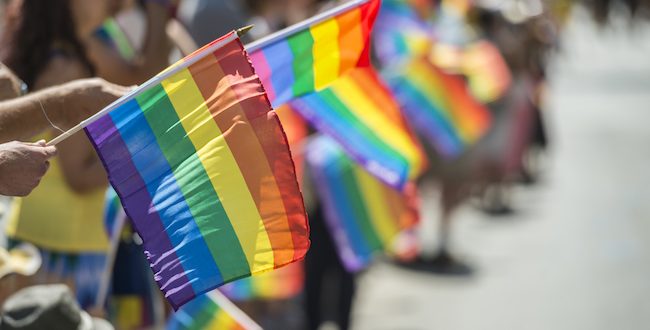 Films, music, a party in the park and a brunch are all part of Palouse Pride from August 25-28 in Moscow, Idaho.

Sponsored by Inland Oasis, the annual Pride event celebrates the area’s LGBTQA community, said Kathy Sprague, Inland Oasis president. This year a $75 Pride Pass will grant access to all events, and the passes can be purchased in advance at Safari Pearl. In addition to event entry, each pass purchase will include a Pride t-shirt, Sprague said.

“Saving Face” is a 2004 romantic comedy about a Chinese American woman surgeon who must tread a tricky road with cultural expectations, Simmons explained. The film stars Michelle Krusiec and Joan Chen. The movie starts at 6:30 p.m., admission is a Pride Pass or $10 at the door.

Saturday, Aug. 27 will begin with the annual March to the Park from City Hall at 11 a.m.

Participants are asked to leave their vehicles near East City Park so not to disrupt parking downtown and the farmer’s market, Sprague said. The participants will walk from City Hall to East City Park.

At East City Park the annual Pride Festival will run from noon to 4 p.m. and feature entertainment, vendors, and food booths. Sprague said there will also be drag performers and music by Coldrail Blues Band. The march and the festival are free.

Doors for the Saturday night drag show will open at 9 p.m. at the 1912 Center with the first set at 10 p.m. Sprague said tickets for the drag show, which is sponsored by We-Vibe, are $10 in advance at Safari Pearl, $10 at the door, or a Pride Pass.

Sunday, Aug. 28, from 10 a.m. to noon, Inland Oasis will host the annual Pride Brunch at the Inland Oasis Center, 730 W. Pullman Road. Sprague said the catering is provided by the Love Shack and will offer gluten free vegetarian and vegan options in addition to regular brunch items.

For more information, visit the Inland Oasis website at www.inlandoasis.org/pride.

Previous Ask An Eastern Orthodox Christian: Psychic Abilities
Next How to Study the Bible – 10 Handy Tips