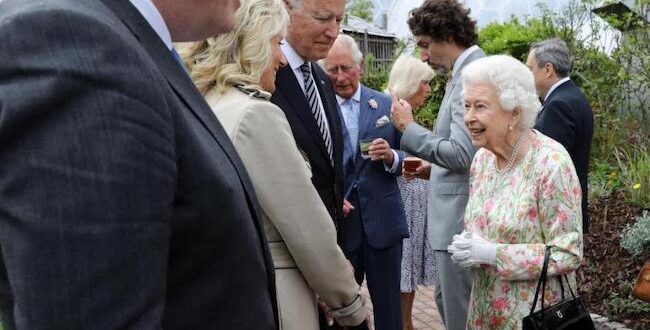 As is the case with all news photos, interpretation of the image depended on a person’s particular – in this case, political – point of view.

An Associated Press photographer covering the June 2018 Group of Seven (G7) summit snapped the picture showing a clearly frustrated Angela Merkel, the German chancellor, staring down a truculent Donald Trump whose crossed arms and own steely stare made obvious the significant differences between Trump and the other western leaders.

The AP photo captures a moment during one summit meeting. But the anger and frustration on display illustrated Trump’s refusal to play by accepted diplomatic rules.

In the G7 meetings he attended, he was distant, seemingly uninterested, confrontational and an obstructionist. In another viral moment from a later meeting, a video snippet showed the president literally shoving other leaders aside as he moved to the front for a photo.

His behavior was insulting. But Western European disaffection was based on something far more substantial: Trump was a constant critic of the North Atlantic Treaty Organization (NATO), the post-World War II alliance that has helped keep the peace in Europe for 75 years.

Trump’s base, predictably, saw his outspoken rudeness as some sort of plain-speak honesty in keeping with his argument that the U.S. was being abused by its western partners.

That argument was always specious. In truth, Trump’s antics distanced himself and the U.S. from traditional allies at a time when traditional enemies were refocusing their own international intentions.

Of course, in another twist in Trump’s bizarro presidency, he made nice with Russia, China and North Korea, even going so far as to ask Chinese President Xi Jinping to support his re-election.

As he left office, international opinion polls showed only 17% of those surveyed said they were confident Trump would do the right thing. In modern times, that measure has never been lower.

That was the backdrop last week to President Joe Biden’s participation in the latest G7 meeting.

Going in, he was clear about his intentions – to repair broken relationships and restore U.S. prestige and influence in Europe. By the end of last week, with his first meeting with Russian President Vladimir Putin scheduled Wednesday, it appears as if he mostly succeeded.

The same polls that showed such minimal support for Trump now show 75% of those polled say they are confident Biden will do the right thing.

Why does any of this matter? Just as people live by a set of values that develop over time and form the basis of attitudes and behaviors, nations do the same. America’s international values, forged in war and developed in peace, establish our country as the rock on which international security is built.

Americans have always been wary of foreign entanglements, wary of European politics and reluctant to engage in fights that are not our own. Trump’s populist truculence appealed to those concerns.

But there is no going-it-alone in the modern, interconnected world. If we do not work with traditional allies, inevitably we will have to, perhaps on our own, confront traditional foes. Most Americans prefer our NATO and G7 allies to the dictators and oligarchs Trump befriended.

President Biden understands this. He has been in public life for decades and was deeply immersed in the Obama administration’s foreign policy initiatives. He knows the rules of diplomacy, the power of personal relationships between world leaders. And he understands how vital it is to reinvigorate American foreign policy.

Former President Trump, utilizing his limited communication platforms, has been picking at Biden’s G7 performance. Over the weekend, he suggested Putin will walk all over the new president.

Previous Become a FāVS Member During This Summer 2021 Membership Drive
Next Ask A Buddhist: Is Organ Donation OK?

Ironically, the Pilgrims settled in an American Indian village, which, along with its agricultural fields, was deserted because of the epidemic.