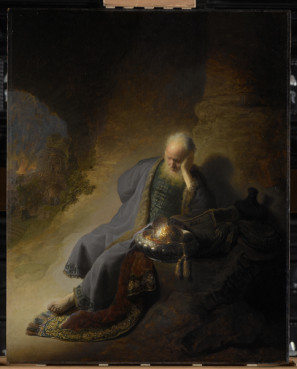 The soundtrack for a lot of Orthodox Jews this Fourth of July will be the mute button.

As music gallantly streams at barbecues and fireworks displays across the nation, many Orthodox Jews will silence their TVs and avoid live music performances, such as the annual Boston Pops concert on the Esplanade Hatch Shell.

As it does every three years or so, Independence Day falls during a three-week Jewish mourning period, circumscribed by two fast days: the 17th of Tammuz, which falls on June 25 and Tisha B’Av, which falls on July 16.

During the “Three Weeks,” which commemorate the destruction of the first and second Jerusalem Temples in 586 B.C.E and 70 C.E., Orthodox Jews avoid live music, and during the final Nine Days, they adhere to even stricter prohibitions.

“If you’re watching fireworks, you’re OK,” he said. “If you’re interested in music, then maybe turn down the sound.”

Although the letter of the law prohibits only live music, Weil said he personally believes that the sense of camaraderie that comes along with being in a large gathering, such as a baseball game or a fireworks display, “undermines the purpose of the experience” of mourning.

Daniela Weiss-Bronstein said the fireworks display she plans to attend this year in Great Neck, N.Y., won’t have music, but if it did, she would arrive after the concert or sit far enough away that she could watch the fireworks without hearing the music.

“I think it’s important, especially as a religious Jew, to observe and commemorate July 4th and everything it stands for,” she said.

Rabbi Eliyahu Fink of the Pacific Jewish Center in Venice, Calif., said the view that all enjoyable things ought to be avoided during the Three Weeks is “very extreme.”

“A person should make their own decision about how they feel what they’re doing will affect their ability to mourn properly during this time,” he said.