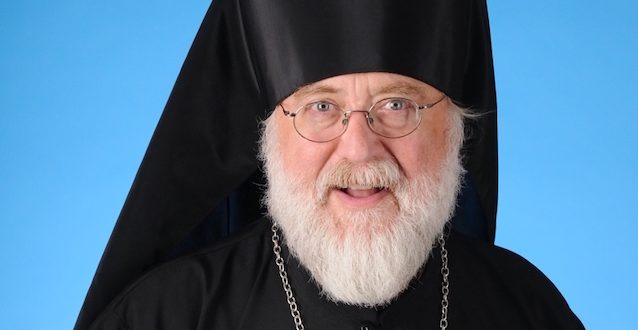 Whitworth University will be hosting Archbishop Benjamin of the Orthodox Church in America on Monday.

He will hold a discussion on Eastern Orthodox liturgy and liturgical books on from 7-8:30 p.m. in Weyerhaeuser Hall, Room 111.

Archbishop Benjamin’s visit coincides with the “People of the Book” exhibit in the Whitworth library which features rare liturgical books and historic items, including the prayer rope of Pyotr Stolypin, the third prime minister of Russia, who was assassinated in 1911. This exhibit will be featured in the library until the end of January 2020.

“Archbishop Benjamin’s ministry provides our students with a wonderful example of ministry and service,” said the Rev. Timothy Wilkinson, dean of Whitworth’s School of Business in a press release. “With his informal and personable style, he has used his musical and intellectual gifts to create and develop churches throughout the western U.S. He reminds us that that human beings should not be reduced to thinking of themselves as mere producers and consumers, but that we are meant to be liturgical beings, offering glory to God.”

Benjamin is headquartered in San Francisco and overseas the western U.S., including a new church in Spokane, St. Luke Orthodox Church.

Benjamin’s lecture is the last of four talks that will take place during the fall semester focusing on the liturgical traditions of the Eastern Orthodox, Roman Catholic and Protestant traditions.

Your donation will help provide more religion news like this.

Previous Ask A Latter-day Saint: Giving Up Smoking
Next Politicians and News Organizations and Supreme Court Justices, Oh My