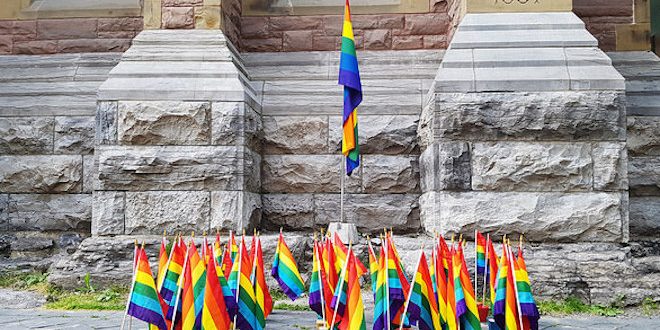 Orlando — Making Sense of the Senseless

I remember the sudden terror I felt as my wife told me happened on Sunday morning. Another shooting, many dead. The facts still murky. I found my mind searching for a reason as I saw my son and feared for him and my wife. If a simple dance club can erupt in violence like this, could his school be next? Maybe there could be a burst of bullets and hate at church. Like a glass of ice water to the face, the reality of the unknowable danger exploded into my consciousness.

Then the reactions came fast and furious. It was our lax gun laws. It was Islamic terrorism. It was the latest attack on the LGBT community. Each story held some truth and yet seem all too convenient to settle fears that I must share. Each one had their own personal villain and each somehow seem lacking in the face of the horror we witness… again. The heart of man is dark indeed and as a systematic professor at Fuller commented on the first century Jerusalem, “It was a bloodbath then and it’s still a bloodbath.”

The story of it being our bad gun laws gave me peace as it made the evil manageable, even as I recognize it as incomplete as best. It gave me a target to make sense. And while my belief in gun law reform remains unshaken, I know that the horror at Pulse is more than and that. Others found their fears manageable by puffing out the chest and vowing revenge on ISIS, even as the story’s detail have since complicated as human stories tend to do.

The truth of what led this dark soul of a man to pull the trigger, I don’t know if it’s our capacity to know. But we want to know if only to make the world make sense within such a senseless act. But does the world make sense? Staring into the abyss and the ocean of the unknowable future and the possible blood bath, I see the truth. For violence will be with us even as we try to use violence to eliminate violence. Where are we to look for peace? We must keep pushing the rock up the mountain no matter how futile it seems if only to know that love does exist.

For only by looking to my side do I find my companion, Jesus, my only solace in the fallen world, for the cross and violence remain real as does his love. He, with the open plans pierced by our violent ways, continues to ask us to love our enemies. He talks me off the edge of the abyss and asks to follow him down the path of his love. I follow for there is nothing else to do. His, the only way, is a hard way.

Recently, I have been getting up every morning and praying for my loved ones and even my enemies. I have found a darkness within myself. I see the way out of the madness as well. Only by picking up my cross and trusting love can the sting of death and violence lose its power. Yes, all I muster as an answer is faith in God’s love through Christ Jesus.  I know many will find my answer lacking and in the face of unspeakable evil how do I dare answer with only God’s love and that is just a copout? You may be right… but it is all I know.