Home / News / Organists declining but still in demand for Easter 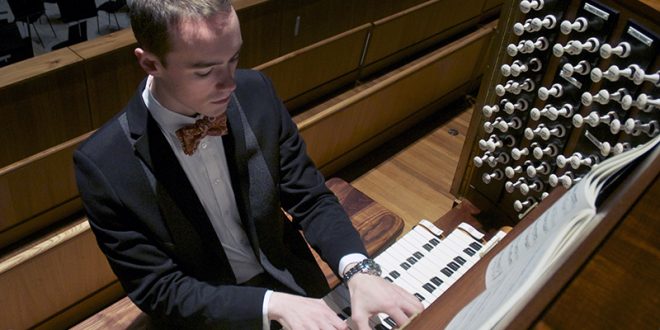 Organists declining but still in demand for Easter

But at age 75, much as he loves the pipe organ — “one of the great things of human invention” — he says it’s time for him to think about retiring.

McCoy is Exhibit A of the dilemma facing many churches: aging, though often enthusiastic, organists.

Groups supporting organists and church musicians are seeking ways to fill the shoes and the benches behind organ consoles with new and, preferably, younger players. But that’s not always easy — with emptier pews at many churches, dwindling numbers of organ students at some colleges and growing interest in contemporary worship music.

Eileen Guenther, a church music professor at Wesley Theological Seminary and music lecturer at George Washington University, said the top pulpits in the country that offer good salaries to organists still have applicants lining up for them.

“But the places where it’s trickier are smaller, (with) less dense population, whether it’s rural or suburban,” said Guenther, a past president of the American Guild of Organists. “It’s an aging population in terms of some places. I have students here at the seminary that will say, ‘This woman has been our organist for 72 years.’”

A 2014 survey by the AGO tells the story: More than half of members surveyed (58 percent) reported serving 31 or more years as organist at a religious organization, and most of the members were in their mid-50s to mid-70s.

“In the next two decades, current Boomer members will ‘age out’ of the AGO, with strikingly few younger members able to ‘take their place,’” the 97-page report warned.

That means younger musicians are in demand, especially on Easter Sunday.

“I have been asked to play for four different Easter services this year alone, and in three different states!’’ said Collin Richardson, assistant professor and organist at Hampton University in Virginia.

“While I am more than grateful to be considered an organist of caliber worthy to be brought in to play, I simply can only sit on one organ bench at a time.”

Richardson, 32, has been playing for a year at a church whose previous organist died and that has yet to find a permanent successor.

He said churches without someone to play their organ often book replacements — retired organists or pianists — months ahead of time for Easter, the day Christians celebrate their belief in the resurrection of Jesus. With higher attendance — and increased donations — there are theological and financial benefits for having an expert on hand for what many consider “the most important religious celebration” that occurs each year.

While churches seek out individual musicians capable of handling Eastertime liturgies and rehearsals, organizations are setting their sights younger — promoting camp programs and workshops to engage children in the instrument that is older than Jesus.

When the organist at New York’s famed St. Patrick’s Cathedral recently was featured in a concert at a Catholic church in Cockeysville, Md., “they also made an effort to meet with the children in the school and show them the organ,” said Gordon Truitt, senior editor of the National Association of Pastoral Musicians.

The organ also is a highlight of the group’s annual meeting, which includes master classes, workshops and a pre-convention “organ crawl” where members visit houses of worship, particularly ones with noteworthy pipe organs in the convention city.

Hampton University’s annual conference of ministers and musicians, which is led by black church leaders, includes a focus on the organ, said Omar Dickenson, an assistant music professor at the school and director of its choirs.

“One of the things we do is really push the use of the pipe organ in the worship experience while still giving a good variety in use with the Hammond organ,” he said, referring to a smaller, pipeless instrument that is often used to undergird gospel music.

Chapters of the American Guild of Organists – whose membership has decreased from 18,367 in 2007 to 14,880 today — offer “Pipe Organ Encounters” for beginning, advanced and adult students, and technicians learning to build new organs.

Young organists attribute these initiatives and the role of one-on-one mentoring to sparking their interest in the instrument.

Bray McDonnell, one of three organ students at George Washington University, sang in a San Francisco boys choir for years before being encouraged by his choir director to take up the organ. At the start of Lent, the 19-year-old began serving as the organist of a Catholic church in southeast Washington. Unlike his friends who have drifted away from the church, he’ll be there four days in a row, from Maundy Thursday through Easter, often quietly accompanying hymns before pulling out all the stops to represent the Resurrection.

He’s hooked for life, he says.

“Though my career goal is somewhere in law and public policy, there’s no way I will give up music,” he said. “I never see myself giving that up for any reason, short of my hands and feet going totally unfunctional and losing my voice forever. I see no other reason besides that that I would ever stop making music.”

Next month, an equally committed young organist, one of 12 master’s-level organ students at Yale University, will make his way from Connecticut to McCoy’s church in Virginia to give an organ recital in honor of his mentor.

Weston Jennings credits the elder organist with setting him on the journey that has brought the 26-year-old to recent internships at two British cathedrals and that he hopes will continue with another position when he graduates in May.

When Jennings plays at the Saturday Easter vigil and Sunday morning services at an Episcopal church in New Haven, he’ll be following in the foot-pedal steps of his organ teachers.

“For an organist to be making music with the entire church body resounding,” he said, “it’s really the height of the music-making in the church.”

Previous Why Easter is called Easter, and other little-known facts about the holiday
Next The importance and promise of Good Friday