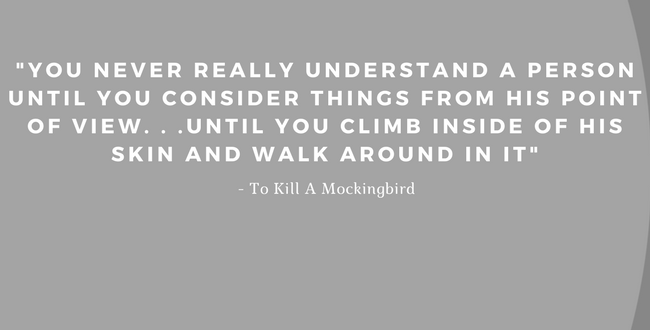 One White Man in an African-American World

A few weeks ago, I was selected to attend the Samuel DeWitt Proctor Conference in Memphis, Tennessee.  It seemed a bit odd to me that I would even be there since I am a white minister and the conference is centered on the African-American Church.  In the midst of more than 1,200 black church leaders, I was one of perhaps 20 whites.  There was no fear of my being there, but it was truly a little uncomfortable.  In the beginning, that discomfort was awkward, but by the end of the conference, I had come to understand that unless and until I became uncomfortable with my white privilege, I would never change.  And change, I came to realize, was something I desperately needed.

The conference was deliberately planned for Memphis at that time to observe a few anniversaries.  We mournfully observed the deaths of two Memphis sanitation workers who were crushed to death 50 years ago; we honored the Memphis Sanitation Workers Strike with a march to the Civil Rights Museum; and we honored the death of Martin Luther King, Jr. who came to Memphis to speak up for those workers and was soon assassinated on April 4 of that year.  Fifty years ago.  1968.  I had to think hard about where I was at that time and why I had such a faint memory of these events.  Then I remembered that I was finishing my last year of religious studies in college, preparing for graduation and a move to seminary.  I had not been paying much attention to these happenings, but I should have been.

When a relative of one of the dead workers told about his life and work, I literally sat in the convention center and wept.  He was one of many ‘garbage men’ (as they were called at that time).  His pay was $1.08 an hour for a 40-hour week, yet his work week was many hours more than 40, but he was not eligible for overtime pay.  He had no benefits, no sick leave, no vacation.  The reason the two men who killed was even more senseless.  It was raining hard that day and the only place the two men could find shelter was in the back of the garbage truck.  They were black.  The cab of the truck was for whites only.  And then somehow an accident happened and the two men who crushed to death.  They became the heroes for other sanitation workers who said, “Enough is enough.”  I wish I could tell you that things are much better for workers there today, but it would not be true.  They make minimum wage and still have almost no benefits.  Fifty years later in 2018.

Story after story were told of the lives of so many women and men whose lives have been made so difficult by white privilege.  Now, don’t get me wrong.  There was no finger-pointing, no accusations.  It was the simple reality that the color of your skin, though inherited and not earned, creates a huge divide.  Martin Luther King, Jr., issued a warning that we all will have to learn to live together in the “large global house” if we are to live together in peace.  I wonder what he would think were he alive these 50 years since he spoke.

While sitting in workshop sessions and plenaries, I was reminded over and over again of a quote I had memorized in a college English class.  It’s a quote from Harper Lee’s novel, “To Kill a Mockingbird.”  As a student in an Alabama university, it seemed logical that we would read the works of an Alabama writer.  Though the message of the book impacted me then, its truth was not clear until this experience.  Addicus Finch, a small-town lawyer defending a falsely accused Black man is sitting on his porch swing talking to his young daughter, Scout.  These were part of his words to her: “You never really understand a person until you consider things from his point of view. . .until you climb inside of his skin and walk around in it.”

Until I came face-to-face with a different perspective of the world in which I live, I had not given much thought to that advice.  Now, however, I realize that I have spent most of my adult life comfortable in my own white skin and white world.  As a minister, I have been guilty of perpetuating a white church that most often does not reflect the culture or traditions of any person of color.  The music, the message, the ministry – they are images of my world, not anyone else’s.  I’m just stating personal observations here, not accusations thrown at anyone else.

Sitting on the plane home, I tried without success to write a sermon for the Sunday which was fast approaching.  Over and over the question kept popping into my head, “What audience are you addressing?”  The answer was always the same.  Whites.  Older whites.  People like me.  When I stood in the pulpit that Sunday and spoke about the reality of white privilege, I looked around those hearers and became mindful that there were no persons of color there to hear or worship.  And I realized that I have a great deal of work to do if I am ever going to understand any person of color – black, Hispanic, Asian, Muslim, or anyone else – I had better work harder at shedding my whiteness and putting on the skin of someone else.  Perhaps we need the novelist Harper Lee and our brother Martin Luther King, Jr., to speak louder so that we all can hear.  Or perhaps we like the White Church the way it is.  It’s surely something we need to think about.

Previous The Spiritual Crisis of College Admissions
Next Is this guy really Christian?