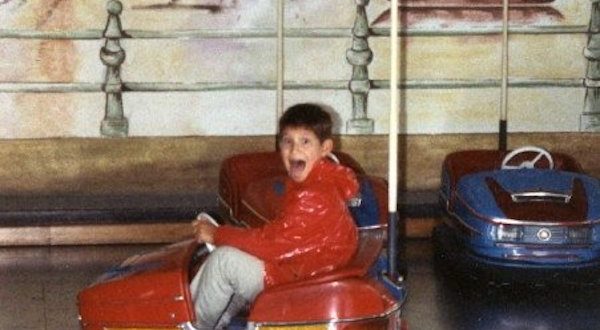 Neal Schindler remembers being bullied as a kid/Contributed photo

On forgiveness and forgetting

On July 1, I attended my 20-year high school reunion. It’s extremely likely that some of the event’s attendees bullied me during our middle school and high school years. I say it’s likely because by and large I’ve forgotten the faces and voices of the people who taunted, mocked, and dehumanized me back then for being fat, weird, smart, new to the area, etc. I’m too biased, even as someone with a graduate degree in mental health counseling, to determine the causal link between the bullying I endured and the mental and behavioral health problems that afflicted me well into adulthood. Still, I doubt that the depression, anxiety, anorexia, and compulsive overeating that I experienced for at least two decades of my life were entirely unrelated to my treatment at the hands of the bullies.

I don’t feel the need to get into the details of what I went through. What’s interesting to me is that my mind seems to have erased a lot of those details. Maybe this erasure is the product of an ancient self-preservation mechanism built into the human brain. Being able to see my tormentors’ faces and hear their voices so many years after the bullying occurred would probably do me more harm than good. It might make it harder to recover, heal, and move past what happened — to maintain a present and future focus rather than remaining trapped in the past. It might make it easier for me to blame my current challenges on the terrible things that happened to me many years ago.

So I’m OK with this involuntary forgetting. I suppose my more specific memories are lodged somewhere in my psyche. Perhaps having access to them would help me process the pain even more than I already have, through years of counseling. Perhaps it would enable me to liberate myself more completely, so I can lead an even fuller, richer life than the one I have. For now, I’m not especially concerned. As the cliche says, living well is the best revenge. Between my work, family life, and community, I’m very fortunate.

Forgiving is something else entirely. I can forgive my bullies in the sense that I understand, more than I ever did or could back then, what might have compelled them to be so cruel to me. It’s possible they suffered poor treatment or even abuse in the home, had very low self-esteem, and/or internalized toxic masculinity — that is, a rigid and harmful set of ideas about what it means to be male. Toxic masculinity includes the notion that it’s unmasculine to examine, identify, and express one’s own feelings, and that a better outlet for emotions is physical aggression — sometimes aimed, when you’re a middle schooler, at vulnerable classmates.

I can forgive the bullies in the way that many victims come to forgive their victimizers: I pity the boys these men once were, and I hope they are living much kinder, gentler lives now. I also hope for their sake that instead of experiencing bottomless guilt about the bad things they did long ago, they have achieved some peace of mind, since those bad things can’t be changed or undone.

I am not, by any means, some magnificent picture of calm, enlightenment, and magnanimity. However, I’m markedly happier, day to day, than I have been at any other point in my life. It’s from such a place of contentment that I believe forgiveness can bloom, whether or not we can ever really forget.

Previous Carla Peperzak, who helped hide Jews during the Holocaust, added as Coffee Talk panelist
Next Forgive or Forget? A SpokaneFāVS Community Discussion coming up Today