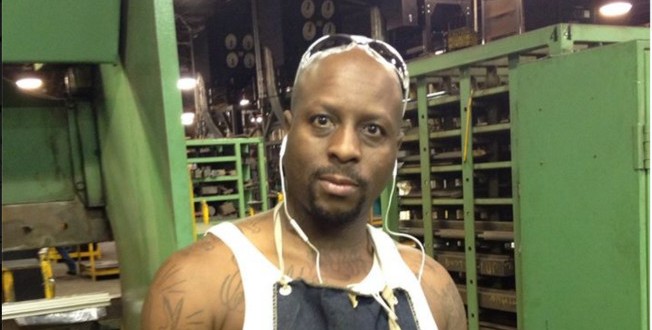 “Woke up this morning vibing God is good.”

Those are the words on what appears to be a Facebook post published Tuesday (Feb. 23) by the man local media say is the suspect in  a series of shootings near Hesston, Kan., that left 3 people dead and 14 people injured a little more than 48 hours later.

The post by Cedric Ford, who lists himself on the social media network as a painter at Excel Industries in Hesston, shares a link to audio of a Drake song on YouTube.

The Kansas City Star and KAKE television said Excel employees identified Ford, 38, an employee at the company, as the gunman in the Kansas attacks late Thursday. Authorities said he died after a confrontation with a law enforcement officer. Some of the victims in the shooting were gunned down at Excel, a lawn-care products factory.

The shooting is the latest deadly spree in an eight-month span that has seen high-profile incidents in places such as Charleston, S.C., San Bernardino, Calif., and Kalamazoo, Mich., which occurred just five days earlier.

One shooting took place in Newton, Kan., where a person in a truck suffered a gunshot wound to the shoulder, Walton said. Another person was shot in the leg at another site, he added. At Excel, one person was shot in the parking lot and the remainder inside the building, he said. All the dead were killed at Excel.

On Facebook, Ford said he was a single man and a native of Miami who lived in Newton, Kan.

Ford’s stream on the site is filled with rap videos, a mention of a car show he said he was looking forward to this weekend and photos of children romping at the Wichita Zoo. Another post Tuesday is accompanied a YouTube video of Billy Blue’s “Get Like Me,” which features the rapper Brisco.

The Facebook feed also includes images of guns, including one video in which Ford appears to fire a rifle in a field in September.

Previous Embrace Charter for Compassion in Spokane
Next Ask A Muslim: Do you believe in angels?