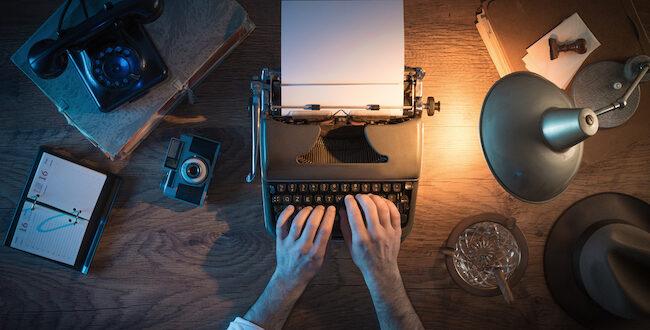 If you want to support the religion journalism of SpokaneFāVS please consider making a gift to support our journalists.

When I was a youngster, I walked to school in 10 feet of snow wearing only cardboard shoes. I wrote my lessons on a small blackboard using borrowed chalk.  A family drive involved hitching our decrepit old mule to a decrepit old buckboard.

Kids today – they have no idea.

Well, no. I grew up in 1950s suburban Portland, where life was a comfortable cliché.

The ‘Job’ of Journalism

But I know I sound as if I am telling exaggerated tales of a difficult youth when I engage with those young journalists who have decided their work is just another job, as if they were assembling widgets because widget assembly pays the bills and gives them time to play video games or snowboard or whatever.

These thoughts came to mind this week with the confluence of two events.

First, I read – and then re-read – an essay by freelance journalist Wudan Yan published by Poynter, the pre-eminent journalism think tank located in St. Petersburg, Florida.

Second, I was able to attend the celebration of life for the late Bill Morlin, the region’s most important investigative reporter.

Yan, who lives in Seattle and who must be much, much younger than me, argues that journalists’ sense of mission confuses profession with person, leading to workplace exploitation and damage to personal life. Journalism is not who you are, it is what you do, she writes.

I know that in arguing against Yan’s premise I will sound like that boy walking to school in the snow.

Understanding the distinction between the right and the wrong is essential if non-journalists are to understand and trust the people who bring them the news, who try to sort truth from falsity.

Yan certainly is correct on one level. If you believe journalism is a calling, that you have a mission to inform, that you must be ready at the turn of history to run to the sound of the guns, you open yourself up to ruined relationships and damaged health.

But that commitment can also lead, often does lead, to the best journalism, to stories that serve citizens in the exercise of their citizenship, that hold public institutions accountable, that give voice to the voiceless, defend the defenseless. It is hard to produce that sort of journalism while watching the clock.

If journalism were not a profession that requires so much of its practitioners, then it would be simply a job.

But no one size fits everyone.

Journalists, despite Yan’s argument that suggests a sort of industry brainwashing, are free agents just like everyone else. Some may choose the Yan path, setting an income goal and managing their life and their professional obligations to meet that goal or, if necessary, to leave the profession. More power to them.

In my journalism world, now going back 50-plus years, there were a few successful journalists who followed that path, but not many.

My earliest mentors and reporting colleagues were absolutely committed to the profession and to the practice of their craft. They did see journalism as a calling, though they would have been embarrassed to say as much. Doing what needed to be done to get the story and get it right was their starting point. And in endless conversations over coffee between deadlines, it was clear they defined themselves by their work. If you asked “what are you,” they would respond “a reporter.”

It’s Who We Are

As a young journalist, I was not led blindly into this life. I was not brainwashed by an evil media conglomerate that wanted to exploit my enthusiasm. I became a journalist and stayed in the profession precisely because that is who I was, who I was meant to be. And I wanted to be like the colleagues I so admired.

To be honest, I did pay a price in my personal life, as I have written before. Multiple marriages. Physical and sometimes emotional distance from friends and family. Missed holidays. Eventual health problems. All of that was on me.

Many of those mentors and long-gone colleagues were World War II veterans. They understood mission. Commitment did not scare them. And yet many of them had rich and rewarding personal and family lives, too. They found balance. That was on them.

The late Bill Morlin saw journalism as a calling. We had that conversation several times. I am convinced that if someone had told Bill he could not be a journalist the devastation would have been profound. Yet, at his celebration of life this last weekend, we all saw how he had a rich and rewarding personal and family life. He worked long hours, evenings and weekends, often placing himself in danger to get his story. But he made it work and that was all on him.

The industry’s collapse means too many print and broadcast newsrooms fall under the control of soulless hedge funds that care nothing for journalism and everything for profit, just as Yan suggests. If they can exploit a young reporter’s commitment to the craft to save a buck, the money counters stay happy.

So many of my former students left the University of Idaho with all the passions of my youth, only to be driven out of the profession by those who would exploit them: Low salaries, ungodly work conditions, lack of job security, and no professional development. I hated to see those talented young journalists go. But I always advised my students to operate in their own self-interest. No one else will be there to protect them. I honor and respect their choices as if they were my own kids.

And even with all that, some of my former students still labor in the trenches, some in journalism’s back waters, some at the highest levels. Some have sacrificed a great deal to get where they are. But I have not seen regret.

To be fair, Yan is not precisely suggesting that journalism is just another job. But think of the larger repercussions if it were perceived to be so by an already cynical public. News and information produced by professionals who are called to seek out and report the truth is more likely to be credible over time than journalism produced by clock watchers waiting for the weekend.

And when journalism is just another job, then people will think just about anyone can do it.

My experience tells me that is not true. The profession is not for just anyone. Great journalism does require commitment and sacrifice and an overriding sense of personal purpose.

With all respect to Yan, nothing less serves the public interest.

If you want to support the religion journalism of SpokaneFāVS please consider making a gift to support our journalists.

Previous Justice and Equity — The Distinction is Important
Next Christmas cards: A story about the tragedy and hilarity behind years of lies and triumphs