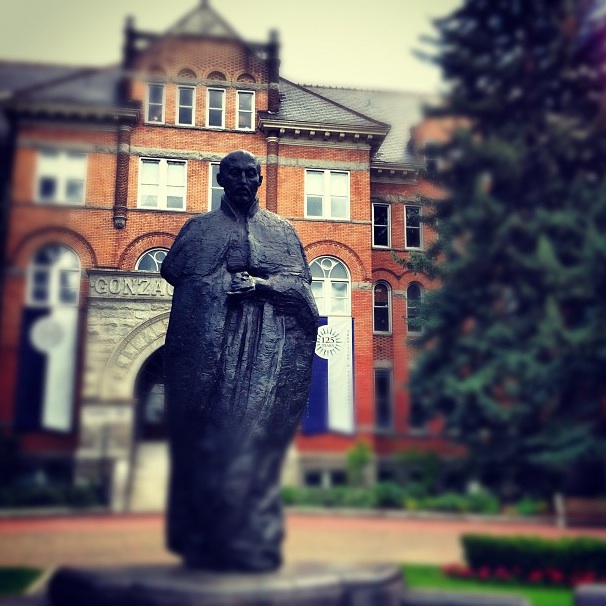 On Behalf of the Educated Working Poor: Support for the Unionization of Contingent Faculty at GU

“There are many factors that keep PhDs providing such high-skilled labor for such extremely low wages, including path dependency and the sunk costs of earning a PhD, but one of the strongest is how pervasively the DWYL [Do What You Love] doctrine is embedded in academia. Few other professions fuse the personal identity of their workers so intimately with the work output. This intense identification partly explains why so many proudly left-leaning faculty remain oddly silent about the working conditions of their peers. Because academic research should be done out of pure love, the actual conditions of and compensation for this labor become afterthoughts, if they are considered at all.”

~Miya Tokumitsu “In The Name of Love” in Jacobin: A Magazine of Culture and Polemic

Quick, how do you get liberal academics to turn into Ayn Rand conservatives? Mention adjunct professors.

It was August of 2007. My husband and I lived in a small apartment. Our life-insurance agent paid his annual visit to review our policies in light of any life changes. One big change had happened. Entering my seventh year of doctoral studies, and nine months away from earning my PhD, I had just accepted my first teaching offer at Gonzaga University.

GU is a Jesuit institution that prides itself on promoting a message of social justice, and people tend to buy into this message without looking deeper.

Our agent looked at me and said, “Now that you’re making the big bucks, we should take another look at protecting your assets.”

“Yeah, right,” I said. When I mentioned my pay offer, he said with raised eyebrows, “Wow, That’s it? That really surprises me, especially about Gonzaga.”

I wonder how prevalent the misperception is that just because you teach at a university, you earn a respectable wage and can finally make that your only job.

Starting out my first semester, I taught two three-credit required religion courses to freshmen. I earned $2,427 per course. Each course ran 16 weeks. That amounted to $4,854 in four months before taxes. For the spring semester, a new contract came through for me to teach one course, making my total gross earnings during the 2007–2008 academic year $7,281 without benefits.

A tenured-track position in my department opened up at GU during my first year. I inquired with a colleague what type of candidate the department wanted, as I had put in my application. “One with a strong commitment to social justice,” my colleague said. Months later while together with some of my colleagues and the new hire, I noticed how the words ‘social justice’ were being tossed around as if in a salad bowl on the dinner table.

I said, “What do you mean by social justice?” One person said that it was a great question. Other than that, if I could have tested the silence, I would have concluded that they were thinking for themselves for the first time what social justice means. Vague responses were suggestive of advocating for gay rights, little more.

That evening, I had to start thinking for myself what it means to be socially just. As an underemployed professor, I could not help but think that we have collapsed or confused social justice with special interests. Multitudes of impoverished adjuncts teach in the gap.

During my second year as a full-time adjunct during 2008–2009, now pregnant and repaying back student loans, I saw no pay increase despite having earned my PhD. Again, no benefits. I taught two courses in the fall and two courses in the spring semester. Before taxes, I earned $9,708 for that academic year. I delivered my son before the end of spring term, finished out the semester in postpartum exhaustion, and made that semester my last.

Another curious thing happened in my second year teaching at GU, an unexpected math lesson: lowest pay + no prestige = adjunct. As my belly grew, I wanted to swim to get some exercise. I drove 25 minutes to the GU campus and entered its massive state-of-the-art workout facility. I swiped my identification card and waited for the metal bars to rotate. A student worker told me to try again. I swiped a second time. She asked for my ID card, examined it, handed it back, and said that adjuncts were not allowed. Only students and ‘regular’ faculty and staff, she said. Near tears—no doubt from the hormones—I took the student up on her offer to let me swim just that one time, and returned home.

During my two-year stint as an adjunct at GU, I worked extra jobs to make ends meet. My side jobs paid more per hour than the less-than-minimum wage I earned from GU. My students felt this disconnect in the classroom. They were paying thousands of dollars a year for tuition alone. They deserved more than an overworked, burnt out, distracted professor.

It did not occur to me at the time to insist on more pay and benefits from GU. Instead, I felt indebted to the university for giving me the opportunity to teach what I love, the New Testament. I soon discovered, however, that GU did not necessarily want me but needed me because it has been admitting record numbers of students who need to take required religion courses.

Miya Tokumitsu’s article brings awareness to a nationwide issue: between the blurred lines of social justice and special interests are a plethora of workers, adjuncts included, doing what they love but not making it financially. They are forced into a life of poverty unless they work at least one if not two other jobs.

A university’s first responsibility ought to be investing in the very employees on whom it depends. A bold step towards fulfilling its mission for social justice would be for GU to find a way to pay its contingent faculty a livable wage before bringing in expensive guest speakers and starting multi-million dollar building projects. My having taught approximately 200 students in two years amounted to almost five million dollars in paid tuition in contrast to my having earned just under $17,000.

It may surprise many of you reading this that in our winner-takes-all culture income inequality extends to academia. Mine is not a unique situation. Many professors suffer similar indignities, working for less-than-minimum wage with low to no benefits. While this may save universities a ton of money, it turns them into academic sweatshops.

Ultimately, these disparities affect the lives of countless hard-working human beings, and as we the educated poor can attest, the diminishing of one’s worth, dignity, and contribution to society.

GU is uniquely positioned to lead the country in a better direction for its educated working poor by taking its message of social justice out of the realm of ideology and putting it into practice. When it comes to adjunct pay, the anecdote and the challenge is getting university personnel making good wages to care enough to act. 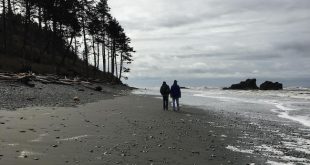 Not only does it not require "faith" to be an atheist, that aspect should play no role whatsoever in being an atheist