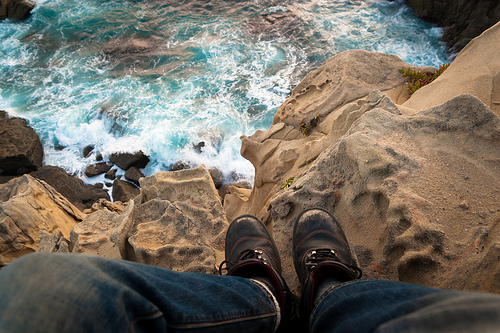 Of cliffs and widows 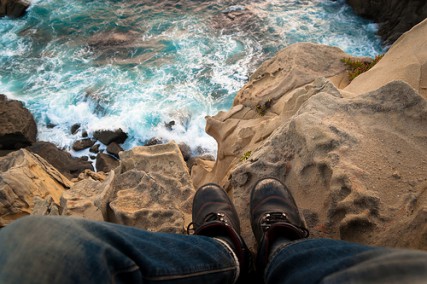 It is stewardship season in many churches. Odd, really, that talk of stewardship is confined to a single season or even a single Sunday. And its even more strange that on that day we often read about poor widows. This year, reading of poor widows in the lectionary coincided with hearing newscasts full of talk of a fiscal cliff.

The prophet Elijah comes upon a widow and her son in Zarephath and asks for aid. She welcomes him, but casts doubt on her ability to help, as there is only a bit of meal left in the jar. Yet this woman does not deny Elijah. She opens up in the midst of her sorrow and fear, “We shall eat this cake and die.”

Here in a forsaken place, already up and over the cliff, Elijah brings word of God’s will for generosity. “Do not be afraid,” the prophet says. And indeed, that jar of meal never runs out, and nobody dies of hunger. Mother, son and prophet live on and serve the Lord, the God of mysterious abundance.

What I hear us being asked in this story, especially as this story is placed alongside words of economic terror in our nation, is this: Will we be people of scarcity or abundance?

When scarcity is the operating principle, we fear cliffs and crises at every turn: there is never enough, never security. We hoard our bread in many forms. We even hoard our love, afraid that if we become vulnerable to another we lose something of ourselves.

When God’s abundance is the operating principle, we look at what we have a decide to share. We are able to love because God has loved us. The lives of the most needy, the most forlorn, are preserved. Fear is cast out because God’s provisions are shared among all.

And let us be certain: God’s abundance if difference than abundance for its own sake. Consumption and production without care or thought is not God’s way either. What the jar of meal means is not that we can eat and eat without thought or consequence. Rather, it means that in God, there is always enough. That “enough” allows community, neighborliness and love to thrive.

May we believe more in the jar of meal than the fiscal cliff. May we be claimed and called by a generous God. May we listen to Elijah and remind one another, “Do not be afraid.” We have everything we need.

Previous Diwali at the Sikh Gurdwara
Next Where We Worship: Ekklesia offers Bible-based teachings, dialogue