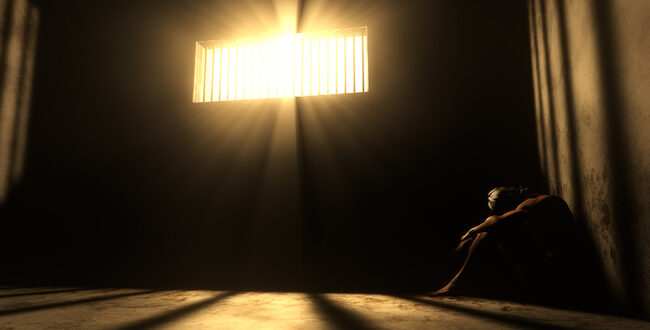 Now that we can empathize with victims of solitary confinement, let’s work to end it

Solitary confinement, the practice of isolating prisoners for 22 to 24 hours at a time for days on end, has become a common practice in the United States. This practice is psychologically damaging. While the isolation that many of us are facing during the Covid-19 pandemic is relatively minor, perhaps it can allow us to empathize with victims of this cruel practice and lead to tangible change in prison practices.

According to a Frontline report from 2017, about 80,000 people are being held in solitary confinement in state and federal prisons across the country. That does not include private, county, juvenile, immigration, or military facilities. This is despite the fact that when we first employed solitary confinement in 1829, it was deemed cruel and ineffective and eventually abandoned until the opening of Alcatraz. In 1995, a federal judge in the United States found that solitary confinement “offers a tremendous potential for abuse” against inmates, and that the distance from every-day life makes these conditions worse. Still, the judge left it to each state to decide how to manage their prisons, and at least 38 states continue to use solitary.

Social distancing and shelter-in-place precautions are far from the horrors of solitary confinement. I still have my own home, my own clothing, and the ability to talk to people over the phone. I have the freedom to get food or medical treatment. For most of us, being on lockdown in our own homes allows us to still approximate general living conditions. The main thing we no longer have access to is in-person human interaction, and the loss of that single factor can have major effects.

Scientists have found that prolonged loneliness “can have extreme detrimental effects on a person’s mental, emotional and even physical health.” If social isolation in our own homes with Netflix and good food for company can have such devastating consequences, total isolation in a concrete room with nothing but your own thoughts and the occasional slice of bread must be literal torture. In fact, interviews with prisoners in solitary have revealed that the experience can lead to hallucinations, panic attacks, paranoia, difficulties thinking, and suicidal ideations.

Some argue that solitary confinement is humane because it protects other inmates as well as the confined inmate from their own dangerous behavior. In reality, “Research shows that isolation breeds violence and anger,” and often leads to self-harm.

If human dignity is our guiding principle, the Vera Institute of Justice insists that we must “elevate and support personal relationships” within our prisons. “A person’s inherent worth and sense of dignity is often bound up in his or her relationships with others – in the context of a prison, this means relationships among those living in prison, between corrections staff and residents, and between incarcerated people and their families and friends on the outside.”

As many of us have experienced during this time of social distancing, the effects of loneliness can be severe. If we have a shred of empathy or concern for our fellow human-beings, we will dismantle the tool of isolation as torture in our prisons.

Previous Area Christian Camps Adjust to Summer During a Pandemic
Next Ask A Buddhist: Karma and Predestination