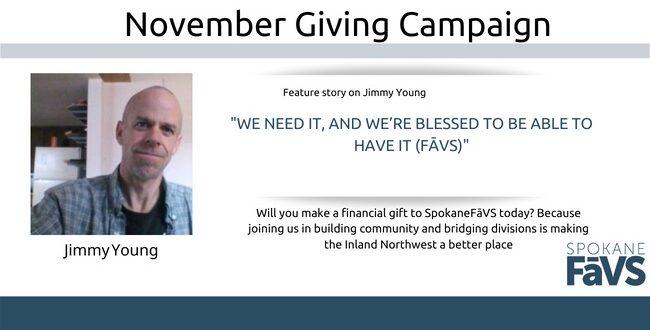 Jimmy Young will not hesitate to share that he has not had an easy life. He’s loved his family deeply, and, yet, treated them the opposite of what he felt for them.

“A big part of [my writing] is getting that out there and trying to be transparent and giving some lessons that I’ve seen,” Young said. “I’ve seen some pretty dark places through my drug addiction. I’ve caused a lot of pain, wreckage and turmoil in other people’s lives — in mine as well, obviously.”

Young got into drugs early and dropped out of school at 16. Soon after, he got his girlfriend pregnant. To support his new family, he got his GED and, before turning 18, graduated a job corps program to be a bricklayer, a trade he is still doing more than 35 years later.

Young has been sober for the last 11 of those years, the same amount of time he has been a Christian. These two decisions have altered the course of his life, although pain is still there.

One of his painful stories includes seeing his five children being homeless more than once and watching others take care of them off and on over the years while he was caught up in his addiction.

Today, he’s been able to redeem some of this past by helping two of his daughters buy a home.

He is also is currently living with one of his daughters, his granddaughter and a foster child (his granddaughter’s half-sister), who he’s helped raise since she was six weeks old.

He sees this opportunity to raise someone as a gift from God.

“It was like God saying, ‘You know what? Here’s your chance to give back,’” Young said. “I can help raise a child that isn’t actually my biological child, but we love her, she’s family, I see that, when other people raised mine.”

From time to time, Young would share some of his thoughts and his story on his Facebook page. One of his friends appreciated what he wrote and suggested he reach out to Tracy Simmons, the executive director and publisher of SpokaneFāVS.com, to see if she’s accept some of his writings, which she did.

He’s glad she did, as he’s come to really appreciate being a part of FāVS as a columnist, but also as a seeker himself.

“Even though I’m a Christian, I still want to consider myself as a seeker,” Young said. “There are things we should hear, and there are things we need to speak up about and we can learn through FāVS. It’s an important part of this community. We need it, and we’re blessed to be able to have it. And I’m lucky to be able to say I’ve been included.”

Previous Journalists Are Responsible to Cover Tragedy, Ethically, and Serve the Public
Next Confessions of a Denominational Snob