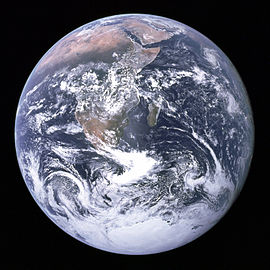 NOMA: The religion and science debate 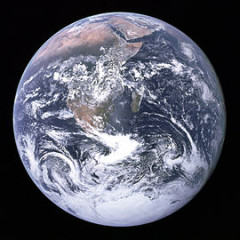 In his 1999 book “Rocks of Ages,“ Stephen Jay Gould sought to diffuse the creationism/evolution debate by sequestration. Religion and science occupy Non-overlapping Magisteria (NOMA), relating to domains using different methods and relating to disparate realms of inquiry where, properly engaged, they really shouldn’t be bumping into one another in controversial ways. So settle down kids.

Neither side of the debate bought this olive branch.

Skeptics reminded Gould that religious believers were all too prone to trampling across his NOMA barrier, most notoriously Young Earth Creationists insisting on shaving off half a dozen orders of magnitude regarding the age of the Earth and universe, while making the resulting created landscape safe for herbivorous pre-flood tyrannosaurs and strictly heterosexual family arrangements (though not dwelling too much on Old Testament patriarchal polygamy or behavioral foibles like that “thou shalt not suffer a witch to live” rule).

Religious believers, meanwhile, felt Gould was edging religion out of all the gutsy verifiable stuff, and thus relegating it to wispy endeavors like morality and ethics (as though that pursuit were somehow less worthwhile than paleontology or particle physics).

Having studied the methodological ins and outs of the creation/evolution debate for some years, it has come to me that Gould got the issue almost right. There is an evidential and conceptual divide between cognitive domains, but it is not between science and religion. It is between decidable and undecidable propositions.

Here the ghost of Kurt Gödel winks down at us: all logical systems contain intrinsically undecidable propositions, lurking like philosophical icebergs to sink the logical positivist ship (such as atheist Bertrand Russell’s faith in the tidy ineluctability, which may have been just as messianic as Christian William Lane Craig cuddling close to an Anthropic Big Bang).

Scientific reasoning in the form of rigorous common sense is the tool for figuring out which decidable propositions are actually true, while philosophical reasoning is what you have to employ when grappling with undecidable propositions. Propositions are “decidable” to the extent that you can work out what sufficient evidence would be for accepting or rejecting them (like the Earth revolving around the sun, and not the other way around). Propositions are “undecidable” whenever the nature of “sufficient evidence” is the point of dispute. All moral, and ethical, and esthetic judgments are strictly undecidable for that very reason.

If you like, this version may be dubbed NOMAD to distinguish it from the unalloyed Gould original.

In other words, decidable issues are matters of knowledge: one can “know” that the Earth revolves around the sun because there is sufficient evidence to prove it.

Undecidable notions, by contrast, are really matters of belief. One decides to take a stand on an undecidable prospect, to “believe” that it either is or is not so, precisely because you’re never going to be able to resolve such questions if you are restricted to the dictates of “sufficient” evidence.