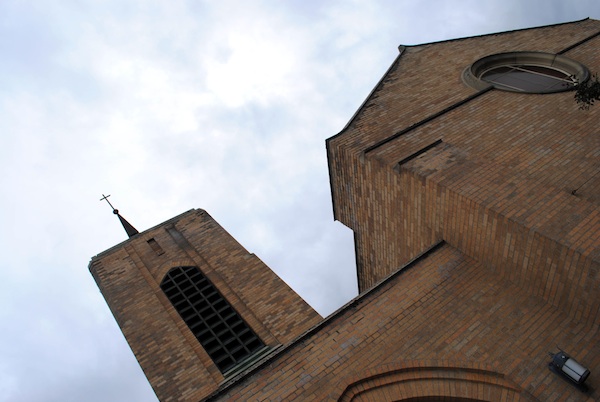 Each week more than 100 adults pour into a downtown Spokane church, unshaken by the knotty departure of their lead pastor, Mark Driscoll, and the recent news that their church wouldn’t be a Mars Hill Church satellite after all.

The Spokane church had been planning to officially open its doors to the community in January as the 16th Mars Hill church branch. The plan had been to live-stream Driscoll’s sermons on Sunday mornings.

In late October, however, the Seattle-based megachurch announced it would disband, two weeks after Driscoll resigned amid mounting criticism of his church leadership and controversies involving finances and accusations that he bullied members. Mars Hill officials told satellite churches that their best future would be to become independent.

Pastor Miles Rohde, who leads the Spokane church, said the changes were unexpected but that he still plans to open church doors early next year. On Jan. 1, Mars Hill Spokane officially will change its name to Redemption Spokane.

The original plan, Rohde said, was for him to spend his time training church leaders and on pastoral counseling and other church ministries rather than preaching. Now, however, he will be delivering sermons and raising up a group of elders to take care of other responsibilities.

Rohde and co-pastor Paul Featherstone have been meeting regularly with a core group of more than 100 people who are committed to the church. They meet in a multipurpose room while updates and renovations are taking place in the church’s sanctuary. They’re leasing the 64-year-old building at 212 S. Division St. from the First Covenant Church congregation.

Katie Lyon and her family have been participating in the Mars Hill Spokane core group since January. She said they had been praying for an opportunity to be part of the Mars Hill ministry because of its Jesus-focused ministry.

“Also, as a married couple with two kids, we desire a church community that focuses on helping families grow together as disciples of Jesus,” she said. “There is a high value on keeping marriages strong and teaching kids about Jesus while equipping parents to train their children in the Gospel at home.”

She said although the plan has changed, her family still is dedicated to the Spokane ministry.

“Our mentality is ‘all hands on deck’ and we are working even harder to make that happen,” she said, adding that it’s not about the name Mars Hill, it’s about “furthering God’s kingdom by loving God and loving others.”

Rohde said the core group – mostly young families – has become stronger since Driscoll’s resignation and they continue to pray for their former lead pastor.

“What’s made the group stronger is that they’ve weathered the storm together,” said Rohde, adding that members see the value and benefits of the church being entirely local.

“They (Mars Hill) shouldn’t have started us with all this going on, but they want that legacy of planting churches. All along the way we wondered why they didn’t just cut us, but God had other plans,” Rohde said. “The group grew strong in the midst of all these different seasons and now with a local emphasis and local drive … there’s a greater sense of ownership.”

Mars Hill administrators are meeting weekly with the churches that have chosen to go independent to train and prepare them for being on their own.

Rohde said the church is planning to hold a Christmas Eve service for the Spokane community and will have its first official public worship service as Redemption Spokane on Jan. 4.