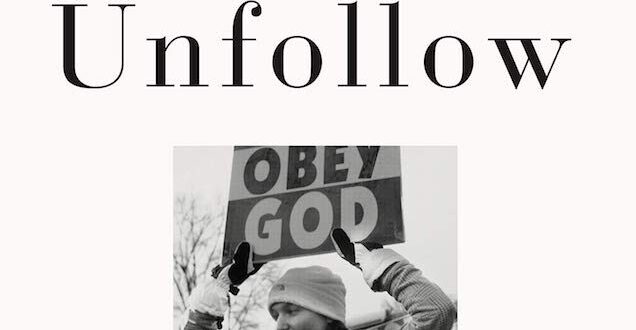 “Unfollow: A Memoir of Loving and Leaving the Westboro Baptist Church” is a love story from beginning to end. Written by Megan Phelps-Roper—who is the granddaughter of Fred Phelps, the infamous and now deceased founder of the church—the book is a surprisingly loving tale about a formidable family, whose practice of free speech is at once inspiring and yet very harmful to not only those outside the church, but to the members inside as well.

Starting with a tenderly written dedication to her parents, the book perfectly bookends on the last page with her wishing, not praying (as she no longer prays) that the “walls” her family has fortified themselves with over the years would come tumbling down so she can tell her family she loves them. She would also like to tell them that “the world isn’t evil. That it’s full and complicated and beautiful and good, filled with unknown truths and unbroken hopes, and that it’s waiting for them” (pg. 286).

Simply outlined, but beautifully written with measured depth and skill, the book has only nine chapters. Phelps-Roper, who many saw come “out” as an ex-member in her famous 2017 TED Talk, takes the reader through her upbringing, her time of questioning and falling in love with one of her Twitter challengers, and eventually her leaving the church behind, and by extension her family with it.

As memoirs go about churches and theological upbringings far from the traditional or common experience, “Unfollow” is a page-turner, especially for someone like me. While I may not have been raised in a church like Phelps-Roper, in my early twenties, I did choose to align with a similar, separatist brand of Baptist churches known as Independent Fundamental Baptist. Like her church, my chosen faith family held to their own doctrines and teachings tightly—such as believing variations of KJV-Onlyism, that IFB churches were the only biblical Christian churches of God on earth today, and that separating from other Christians who believed differently than they do was necessary to maintain doctrinal purity.

Also, not unlike my own story (hers definitely more extreme), her journey of questioning and leaving her church was similar to when I left my first church family for a more mainstream Christianity, one that held certain convictions more loosely—convictions, even to this day, that keep many IFB members separated from not just the world, but other Christians as well. After I broke away, so to speak, I learned to hold to my convictions in a way that kept the main things and secondary things in balance. Phelps-Roper defines this kind of balance as epistemological humility, which she defines well in relation to Westboro and its eventual undoing for their lack of it.

“Doubt was nothing more than epistemological humility: a deep and practical awareness that outside our sphere of knowledge there existed information and experiences that might show our position to be in error. … Doubt wasn’t the sin, I came to believe. It was the arrogance of certainty that poisoned Westboro at its foundations” (pgs. 273-274).

She also further clarifies what this kind of humility is when she writes, “To my mind, this is the essence of epistemological humility—not a lack of belief or principle or faith, not the refusal to take a position or the abdication of responsibility to stand against injustice, but a constant examination of one’s worldview, a commitment to honestly grappling with criticisms of it” (emphasis hers, pg. 277).

I can see my former faith family in these definitions, especially in their lack of epistemological humility and the arrogance of certainty that keeps them closed off from others, from the “them” who are against their “us.” Still, like Phelps-Roper, I foster no regret for the experiences I gained through my time within IFB churches.

Perhaps the strongest part of her book for me, though, is her emphasis on how to curb hate speech today. As someone very intimately involved in free speech over the years, including experiencing her family’s Supreme Court win to picket funerals based on the right to free speech, her words and the solutions she proposes carry significant weight.

For example, she writes of one solution, “Another assumption gaining particular traction is that refusing to grant mainstream platforms to hated ideas will halt their spread. While the desire to shield people from these ideas is well-intentioned and completely understandable, I can’t help but see it as a fundamentally flawed strategy, one that ignores the practicalities of human nature.  … Especially in the age of the Internet, it seems clear that we cannot reasonably expect to permanently halt the spread of an idea, whether good or bad. What we can do, however, is foster a culture in which we have the language to articulate and defend sound arguments as to why certain ideas are harmful, the precise ways in which they’re flawed, and the suffering they have caused in the past” (emphasis hers, pg. 276-277).

In the end, I highly recommend “Unfollow.” While it had added weight for me because of my background, I believe all of us can learn from her story and the humility she has arrived at and tries to convey to others.

She ends the book with telling her readers, that because of those walls her family has so carefully erected along the way, she will then need to tell her family another way how much she loves them. To which I want to say to her, oh, you did—through every word on every page of your beautiful story. In doing so, you also showed us how to love our fellow humans better, especially in our disagreements.

Previous Forum this week to focus on responding to white supremacy
Next Welcoming, but not affirming