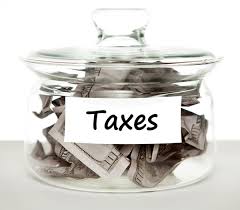 We need a budget that prioritizes working families, the middle class

On Dec. 12, members of WashingtonCAN!, in solidarity with Americans for Tax Fairness (ATF), attempted once again to engage Rep. Cathy McMorris-Rodgers’ office by delivering a letter about the current federal budget agreement.

A recent poll by Hart Research Associates shows that the American public would have strongly supported measures that were omitted in the current budget agreement. With a difference of 53 percent to 27 percent, voters wanted to “reduce the [$110 billion in automatic] spending cuts by 50 percent, replacing them with new tax revenue from the wealthy and from corporations.” Rather than allowing the full spending cuts to take effect, the public overwhelmingly approved, by a margin of 62 percent to 36 percent, “clos[ing] tax loopholes that allow corporations and wealthy individuals to avoid paying U.S. taxes by shifting income to offshore tax havens.”

Instead of representing the American public by closing corporate tax loopholes and making corporations pay their fair share, Congress chose to keep making cuts to education, public services, food stamps, WorkSource, Medicare, and Social Security. Programs that average families and communities rely on. If Congress continues to do nothing to avert the sequester cuts that will start in January, Washington seniors, families and low-income students will feel more of a devastating impact. Last month, more than 1 million Washington residents saw their Supplemental Nutritional Assistance Program benefits cut. On average, SNAP recipients struggle to survive on $1.40 per meal. Isaiah, a prep cook at PF Chang’s, a student at SFCC and a Washington CAN! leader, explained how his family has been affected by America’s shifting priorities:

My family was able to make it through tough times when I was a kid by being able to turn to food stamps and other social programs for support. Now I am working and going to school and that wouldn’t have happened without the investment our country made in my family. We can’t let Republicans continue to shred the safety net. It is time for our lawmakers to stand up for working families and make multinational corporations finally pay their full share of taxes.

Teresa Kinder, a student at EWU and a Washington CAN! member shared similar sentiments:

I was able to find a job through WorkSource to help pay for school, both of which were cut by sequestration. I want officials to stop corporations from offshoring their profits and evading their taxes so we can pay for financial aid and employment services for people who are looking for work. Workers and students have already been cut too much, it is long past the time to cut corporate tax loopholes instead.

While local state representatives might not be able to convince Congress to end the sequester, they have a chance to help their respective constituents through Sen. Carl Levin’s Stop Tax Haven Abuse Act (SB 1533). If passed, this bill would generate around $220 billion in revenue in the next decade by closing loopholes that currently allow multi-billion dollar American corporations like Microsoft and GE to avoid paying approximately $100 billion dollars in taxes each year.

Urge Congresswoman McMorris-Rodgers, Senator Cantwell, and Senator Murray to vote for a budget that prioritizes working families and the middle class. If you’re not from Washington State, urge your respective state representatives to join Senator Levin’s fight for a responsible budget.