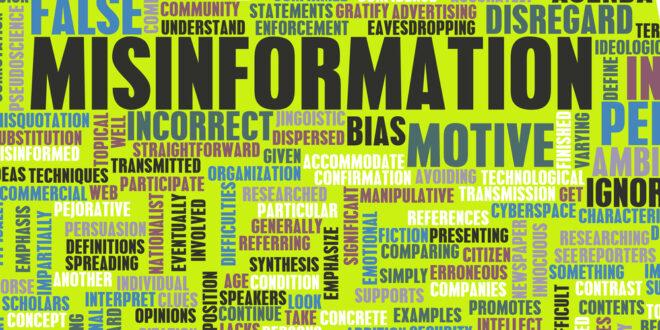 Misinformation and the spread of fake news / Photo by kentoh (Depositphotos)

Election Day is a week away.

As is typical, we are drowning in election information – and misinformation – as the we near the finish line of campaigns that began the day after the 2020 national election.

Campaign advertising seems to be more negative than ever, certainly more misleading than ever. And press coverage is hardly comprehensive in an era of diminished newsrooms. Furthermore, it is simply not possible to fact-check campaign advertising, mailers and debates.

Meanwhile, many newspapers are abandoning editorial endorsements, abdicating their institutional responsibility and denying the public access to thoughtful election opinion from what are essentially neutral sources.

At the same time, there is a proliferation of newspapers that resemble the real thing, but which are published by political interests and candidates.

The information landscape is a mess.

For many voters, maybe most, none of this matters. In an era of deep political division, most people have decided how they will vote long before they cast ballots.

For other voters, those in the muddled middle, knowing how to navigate the election misinformation universe is an important skill.

Welcome to a short-course, what we call Journalism 100.

Let’s begin with some definitions.

Information of some public interest that is shared and subject to a journalistic process of verification, and for which an independent individual or organization is directly accountable.

News journalism is what we see in mainstream newspapers, television and cable news. Most critical: Real news journalism is produced by a journalist independent of special interests and who is directly accountable for the work produced.

There is a place for opinion in news-journalism. Opinion journalism is a view, judgment, appraisal or analysis of an issue of some public importance with an argument built on accumulation of facts that can be verified. The argument is presented by a person independent of special interests who can be held accountable for the facts presented and the views expressed. Opinion journalism can take a strong position. But the argument is fact-based. Examples would include newspaper endorsement editorials and op-ed columns.

In the current political environment, politicians and their favored interests are publishing their own newspapers. They look real, but they lack the qualities that define ethical journalism. The information is produced by special interests with a political agenda so is not independent. Facts are not always verifiable. And efforts are made to disguise the information producers and their agendas, meaning there can be no accountability. Earlier this month, The Washington Post produced an excellent report on this dangerous trend.

True opinion journalism is still subject to basic journalistic standards and ethics, and must be based on verifiable facts, not emotion. Counterfeit opinion journalism is the result of a search for ways to validate a niche audience’s political agenda. It tends to emphasize beliefs and emotions over evidence and facts. And the quality of the arguments can be disgustingly low. Think talk radio.

And if we are to consider the misinformation universe corrupting our elections, we must also consider political advertising.

Candidates, political parties and supporting organizations, including political action committees, pay to have advertisements placed on billboards, in newspapers and broadcasts, or on websites, to the political interests’ specifications. Political advertising is big business with billions spent each election cycle. The primary beneficiaries: Television stations, networks and cable channels.

Study after study shows that information consumers are confused by the muddled information universe. Substantial percentages of people confuse advertising with news, confuse counterfeit opinion journalism with the real thing and do not know how to separate credible information providers from the fake.

Important things to look for in your information sources

Getting it right takes work. When looking at a newspaper, consumers should attempt to find out who is behind the content. A legitimate news organization has easy-to-find contact information. Simple web searches will provide background information on editors, reporters and information gatekeepers. Simple searches can also uncover the political activist posing as a journalist.

The same process can help determine the validity of online sites that present themselves as news organizations. And there are online tools, such as Who.is, that will tell a consumers who is behind a website.

Another clue: If the “news” stories have not been updated or do not seem current, or if the production dates happen to coincide with the election cycle only, then there is a good chance the site is counterfeit journalism.

Sadly, discerning truth from falsity in political advertising is much more difficult. When newspapers were fully staffed, advertising in key political races was fact-checked by knowledgeable political reporters. Newsroom staffing simply does not support fact-checking these days. So, voters are left to their own devices. Again, it takes work.

If a political ad claims crime rates are up and blames an opponent for the rise, actual crime rates can be verified through a simple search, and the opponent’s political record examined.

An easier approach: Simply disregard negative advertising claims that are blanket, emotion-based assertions. Instead, look for advertising that presents a positive argument in favor of a particular candidate. Of course, there is not much of that these days.

Political interests will do all they can to disguise their messages as something other than partisan. There is no secret to any of this. Politicians on both ends of the spectrum want to fool you, to present a message that appears credible, even if based on half-truths and all-out lies.

They do this because it works. And it works because too many of us fail to take the time to discern truth from the falsity that overwhelms us.

Previous NOVEMBER GIVING CAMPAIGN —Meet Steve: Columnist, Board Member, Donor.
Next Mahsa Amini’s death and the plight of Muslim women around the world between their own moral compasses and a morality police