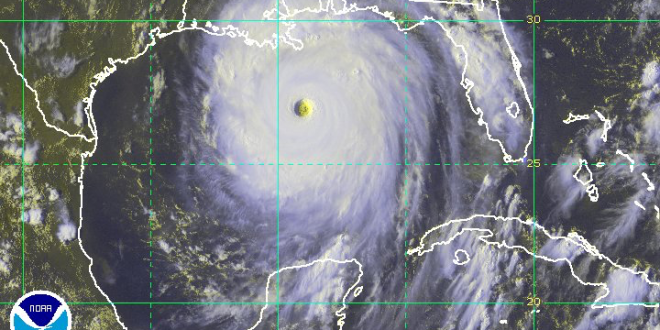 Natural Disaster’s Effect on our Faiths, and Our Faithful Response

“Faith, Resiliency and Natural Disasters” is a very fruitful topic that can go many different ways. However, when I mention it I get replies that addressed only one aspect: Is the disaster the result of God wanting to punish those experiencing it? This reflects our bondage to the media: Hurricane Katrina was said by some to be the result of God punishing New Orleans for its high rate of florid homosexuality. Some assume that God is punitive, and that there is a supernatural being who intervenes in natural processes. Since these questions have been exhaustingly discussed for several centuries, with the repeated conclusion that a theology of a punishing God is fraught with many beliefs and attitudes that do not serve the faithful or the unfaithful very well, they may be unproductive considerations. Also there is no way to empirically support any decision about them one way or the other. Linguistically, an intervening god is also unsupportable and makes little logical or linguistic sense. Therefore, I choose not to address that aspect of the relation of faith and natural disasters. In fact, I will state unequivocally that the question of a god causing natural disasters is unproductive and diverts us from considering more humanly significant problems, such as how might one’s faith support resiliency and healing when faced with natural disasters.

When I heard that the Coffee Talk discussion was about faith and natural disasters I was reading the classic by Rodney Stark, The Rise of Christianity. This is a work or rigorous sociological analysis of the evidence we now have about the growth of new religions, using arithmetic projections, comparisons with contemporary and modern statistics of similar processes, and the analysis of historical literature, letters, and archeological findings. The book is no dry collection of statistics, but an analysis using the most current evidence which challenges the intuitive opinions many biblical scholars have employed in the recent past. It is revealing and fascinating.

I did not previously know, but Stark discusses two natural disasters that probably were instrumental in the growth of the early Christian  movement, and that movement might not have survived without the effect of the disasters on the Roman society and the conversions they brought to the movement. These historical disasters do not involve us in trying to read the mind of God (Is he punishing us?). Rather they involve us in questions of what effects do natural disasters have upon faith movements and how can these faith movements support us, a much more productive intellectual and scientific enterprise.

The two natural disasters were the devastating epidemics that devastated the Roman empire, each lasting about 10 years, which each resulted in the death of about one fourth to one third of the population of the empire. One was the epidemic of 165, C.E., probably the first smallpox epidemic in the European world, and the second about 100 years later, probably the first measles epidemic in the same area. The population had no immunity, so everyone was susceptible.  At the start, the Christian movement comprised less than one percent of the population of the empire. At the end of the second, it had grown to be about 25 percent of the population, thus accounting for the reported “miraculous” growth of the movement. At the same time the pagan faiths suffered a major reduction in relative numbers. If everyone were unprotected, why the difference? It is unhelpful to attribute it to God’s intervention, for that is an answer that can be used to explain everything, and an answer that fits any situation is no answer at all.

Stark, in my opinion, very correctly points out that the characteristics of the pagan faiths caused people to isolate themselves from all contact with others, avoiding any contact that might infect them, thus depriving those who were sick of the basic nursing care that would better their chances of recovery.  However, the Christian movement had an ethic of caring for the sick, of joining in times of adversity in a loving community, and of loving one’s neighbor no matter their beliefs, ethnicity, or status. This moral requirement had them taking care of the sick with basic nursing which, by modern estimates, improves the recovery rate from around 30 percent to close to 80 percent. Not only did a higher percent of Christians survive, thus accounting for much of the movement’s subsequent exponential growth, but many of the pagans whom Christians aided converted, bringing in their social networks and families in the process. Christianity was seen as a much more powerful, efficacious faith, gaining a much more favorable acceptance in Roman society.

Stark goes into much greater detail, pointing out the greater strengths of the Christian faith that natural disasters call upon. He details these in chapter four of his book. The values of community, caring for each other, treating the sick, regardless of social and economic status, and caring for the neighbor and even the enemy, are explicit values of faith that benefited everyone and explains much about why the movement soon became the major faith in the area.

It is not the theological cause that is an important consideration, but how one’s faith shapes one’s response to the natural disaster which is possibly, in my opinion, the most important consideration. For instance, today we have caused the onset of the greatest natural disasters humans have experienced: devastating climate change and the exhaustion of our natural resources. How will Christians respond? How will other faiths respond? What in our faiths drives us oe way or the other? Each faith has something to contribute. I suspect that elements in each faith may be akin to the Roman pagan response, one of avoidance. What in our faith might cause us to become passive and fearful? Which active and mutually supportive? If we submit to our penchant to avoid problems, we are doomed to suffer much more than if we find in our faith those elements that bring out the best in us, our most moral response to the need for community, a response that is healing for each other and the world. Will we fight for self-preservation, or take up our cross?

Faith, Resiliency and Natural Disasters” is the topic of the Oct. 1 SpokaneFāVS Coffee Talk, which will take place at 10 a.m. in the Community Building, 35 W. Main Ave. All are invited to participate in this community discussion.