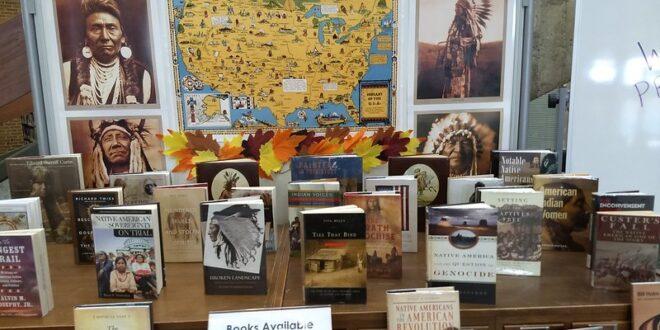 November is Native American Heritage month, and it is astounding how many stereotypical and wrong ideas are out there about America’s indigenous people.

For starters: We are still here.

Native people are part of the American fabric. We are teachers, politicians, shop workers, musicians, actors, farmers, physicians, lawyers and every other occupation. The federal government and others tried to wipe Indigenous people out, but our ancestors survived.

Second: We do not all look alike, nor are our traditions the same.

The people indigenous to the Eastern seaboard, primarily Eastern Woodlands and Algonquin, look very different from the Salish and other tribes of the Pacific Northwest. People from the plains and Southwest also have their own look.

In addition, many Native Americans have married non-Natives, so genetic traits – such as red hair – can now be found among tribal members.

Third: Each Indigenous culture is different.

One thing that is especially frustrating for many tribal members are for people who use stereotypical images and ideas when talking with them. In short:

Perhaps the most misunderstood thing about Native America is the fact all tribes are sovereign nations. Each tribe has its own constitution and laws to follow on their lands. Tribal members are also U.S. and state citizens, and, yes, members do pay state and federal taxes along with (in some cases) tribal taxes.

Something that often confuses many people is the fact not all tribes are led by men; some tribes are matriarchal, meaning they are led by women. This is not to say women boss the men around, but women were the leading decision-makers for the people. In Hadusaunee (Iroquois) history, the Great Peacemaker developed the Great Law of Peace, which left the major decision-making to the women. In the 1770s, the U.S. founding fathers took the Great Law of Peace and used the ideas when crafting what became the U.S., but they left out the part where the women were in charge.

As one Native scholar recently said about the “borrowing” of the Great Law by the U.S. founding fathers: “They couldn’t even steal the law correctly.”

Speaking of land, to many Native cultures, land is something that is spiritual, an economic resource and the tribe’s identity. It is not to be owned, a concept which came with the European settlers.

Finally, there is the idea that Indigenous people are somehow more spiritual, mystical, more connected to the earth. In truth: No more than any other group. Religion is very important to most tribal people, but, again, not all Native people practice the same religion, and Christianity has made many inroads into the various tribes. What many non-Natives erroneously call “nature worship” is Native peoples understanding nature as a means of survival.

This, in a tiny nutshell, is Native America. The cultures and histories of the tribes are well worth exploring and talking about, both in schools and out. Especially in places where tribal members live and work, which is all 50 states. Maybe this knowledge could stop the stereotypes and erroneous information that seems rooted in U.S. culture about the first citizens.

[…] latest piece is in honor of Native American Heritage Month, in which she writes about the stereotypical notions still surrounding Native Americans […]