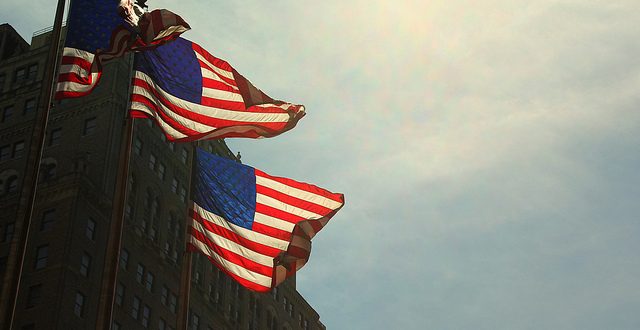 Nationalism, Patriotism and My Values

A few weeks ago the Viewpoints topic here was the role of patriotism and nationalism in personal values. This topic is so complex I found it almost impossible to address. I got bogged down trying to explain my thoughts.  Now I feel I don’t have to; let the chips fall all over the field. When they dry, use them for fuel.

I was raised by truly conservative, well-educated parents. They were good Americans willing to fight Nazism,  who valued and respected others as equals.  They were democratic and willing to work for the common good. I saw no pretense of class privilege or haughtiness.  We were equals as Americans. I am somewhat proud of their American values, the transcendent ones, and still try to hold to them.

Now, it is well documented that the way one was raised, most specifically the power structures of parenting and sexual roles in the family, tend to be reflected in the child’s understanding of his or her religious values. Parents bound by strict hierarchical lines of authority tend to raise children who, as adults, tend to reflect these values in their vision of a godhead. Punitive parents tend to raise children who later believe in a punitive government and a punitive god. And this correspondence tends to be reflected across cosmological, sociopolitical, and religious lines.

Take the example of the early church at the time of the Niacin council, 325ce. There had been many diverse forms of the Christian movement embedded within an imperial Roman government that tried to maintain order among its diverse nations.  Order, required by a deified and all-powerful emperor, was paramount. At first Rome tried to enforce unity by violence and conquest. At the time of Constantine there was civil war. Before one battle he dreamed of his army going into battle under the sign of the cross. He won the battle and decided that he could best impose a unity in the empire if he had more unity in one of its major religious movements, one that had an allegiance to the mystical wisdom teacher, Jesus. So, he called a council and in front of the attendees, burned all dissenting letters that opposed what he regarded as the major faction he had chosen, the Christians closest to Rome. Those in outlying areas got the message, and decided to side with him, along with most other authorities. The question presented to them was, What was Jesus?, and the convenient and persuasive answer was the true and only son of God, just as the propaganda written by some of the Gospel writers imagined.

Thus they developed the Doctrine of the Trinity, retired Jesus the man with moral teachings, and adopted instead the worship of a divine three in one being who demanded obedience if one wanted salvation, an idea which had not before seemed of great importance (closely having following the Jews who were more concerned with conventional religion rather than a religion that guaranteed an after death salvation).  Thus the historical Jesus was relegated to a comma in the creed, and the orthodoxy was established, to be believed, that belief enforced by the power of the church, often backed by the violence of the state. Heterodoxy was abandoned, consigned to the darker regions of hell.

Constantine’s desire for unity of religion to prevent social chaos and the need for violent oppression resulted in a church hierarchy that became the enforcer of that unity, backed up as a last resort by the power of the state. Thus we had centuries of that close relationship, if not the identity of, the church and state. For many, this hierarchical view of society broke down with the rise of the importance of the individual through the protestant reformation and the rise of empirical science. That led to questioning the relevance of a belief in the divine Christ as opposed to the relevancy of the historical teachings of morality by the man, Jesus. The state no longer was seen as part and parcel of the natural order, but as more of a pragmatic institution that served the commonwealth of individuals regardless of their position in society.

What this return to the historical Jesus, turning away from the hierarchical view of a platonic, idealistic cosmology, means to me is that it is our patriotic duty to question our society’s patriotic imaginings in terms of obedience, not to preserving some man-made hierarchy, but in terms of how it benefits the commonwealth. That is the determinant of social good. And that is completely conducive to religious living. We can support the nation, tribe, or group to which we believe we belong so long as it in turn demonstratively supports, on an empirical evidential level the common, world-wide good. I see conflict only when one uses a sense of hierarchical natural order as part of the definition of the common good. Otherwise, patriotism and even nationalism, interpreted in terms of the good of all individuals, as being supportive of morality and religious values separates one’s values from one’s experience, turning them over to an oppressive, reactionary hierarchy or oligarchy. I am proud to be an American with a sense of equality and democracy, and the self-criticism demanded of each and every individual in a reasonable, empirical, and scientifically oriented social decision process.  I do not see our American media fulfilling this role, nor do I see many churches doing it. But I have hope, I pray, that it be so, and am so voting well-informed and very carefully this election.

Previous Ask A Catholic: How to go to Mass
Next One-fifth of Americans raised in religiously mixed homes