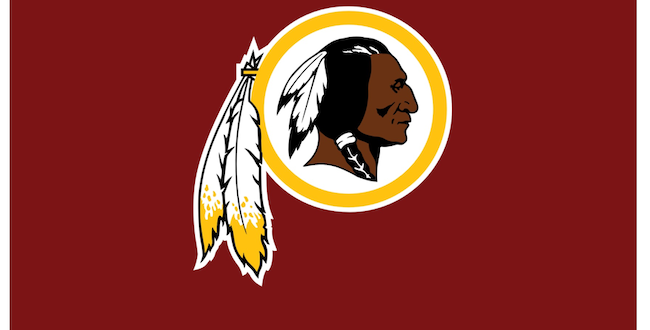 The Washington Redskins football team is going to change its name. Finally.

And in doing so, the team will put an end to the false honor it has bestowed for more than 80 years on a former Washington State College football coach who dodged the draft in 1918 and was tried and sentenced to jail in federal court in Spokane. More on Lone Star Dietz in a bit.

Daniel Snyder, owner of the National Football League franchise that is worth roughly $3.5 billion, has initiated an internal review that will give him cover for a change he once vowed to block at any cost. It is unclear how long the supposed review will take. But with mounting pressure from the NFL and, more importantly, corporate sponsors, Snyder must move quickly.

Snyder has resisted a name change since buying the team in 1999. The name honors the warrior spirit and proud traditions of Native Americans, he has said, while stubbornly resisting calls for change from every major Native American organization and interest.

In 2014, the U.S. Patent and Trademark Office, for the second time, declared the name a racial slur and moved to deny the team trademark protection, a potentially devastating financial blow. But a 2016 U.S. Supreme Court decision in a similar case means Snyder likely will win his appeals should he carry on.

But external all external pressures failed to move Snyder, at least until George Floyd’s murder and the resulting reassessment of so many icons, symbols, and monuments to systemic racism. Snyder cannot resist any longer and the so-called internal review has an inevitable outcome.

Spokane and the Palouse have a little-known connection to this controversy.

The team gained its name in Boston where it was first known as the Boston Braves. Its coach for two years in the early 1930s was the legendary Lone Star Dietz, a football disciple of the even more legendary Pop Warner, and coach at Washington State College (now WSU) from 1915 to 1917. He was unquestionably a coaching great. He took WSC to the 1916 Rose Bowl where he beat Brown University.

As coach of the Boston Braves he reportedly coached from the sidelines wearing that outfit, or wore tails and a top hat, according to contemporary accounts.

When the Boston team decided on a name change to differentiate itself from the baseball Braves, the owner adopted “Redskins” to honor Dietz and several Native American players he had signed.

Even as he coached WSC there were those who claimed Dietz was a fraud. In 1918, with the U.S. fighting in the world war, Dietz declared himself ineligible for the draft due to his native status and as a citizen of a sovereign tribe. But a vigorous federal investigation determined Dietz was a white man. He was indicted as a draft dodger and tried in federal court in Spokane. The first trial resulted in a hung jury. Indicted a second time, Dietz pleaded no contest and was sentenced to 30 days in the county jail.

On his release, he resumed his masquerade, presenting himself as a Sioux chief to the end of his days.

The complex story of Lone Star Dietz is summarized in a terrific Washington Post story from 2013.

Snyder’s argument that the name is intended as an honor to the Native American warrior spirit is, in fact, an honor to a fake Indian who spent his life profiting from his lie.

Of course, Snyder knew this, and it made no difference.

But now we know change will come, maybe before the current football season begins should it begin at all in this year of Covid.

The move to eliminate offensive Native American team names and mascots has gained momentum in recent years. The prep sports governing bodies in some states have ordered high schools to change their names unless they are affiliated with a tribe. The NCAA, which governs collegiate sports, has been campaigning against team names and mascots for years, having won significant victories over the University of Illinois and the University of North Dakota. College teams can keep their mascots and logos with the approval of nearby tribes. For that reason, Florida State University retains its Seminoles name in cooperation with the Seminole Nation which shares in lucrative licensing profits.

But so much remains to be done. The Cleveland Indians baseball team still makes money off its mascot/logo, Chief Wahoo, perhaps the most offensive logo in all of sports. Yes, two years ago the team announced the chief would be retired from the stadium, from team uniforms and all signage. But the team continues to sell and make money from Wahoo merchandise. That loophole in the team’s commitment to racial harmony will be closed just as certainly as the Redskins will lose that name. And with holiday timing in mind, Cleveland executives announced late Friday, July 3 that they will review that team’s name with the intent of changing it.

Some argue that in eliminating monuments, removing statues, changing names, we are distracted from the real, more significant fights to be waged against systemic racism.

That is partly true. The real heavy lifting still must be done. But there is value in these symbolic steps. Consider this: No child born in 2020 will grow up exposed to the symbolic racism embodied in the names and logos of teams they love. That is a win.

And no editor working in 2020 will have to compromise a commitment to full, complete, and accurate reporting to avoid a racist term on the sports pages. That is a win.

Previous Some question replacing Mississippi’s Confederate symbol with ‘In God We Trust’
Next Ask an Atheist: Ever hesitant to announce your atheism?