The NAACP Alaska Oregon Washington State Area Conference will be held from Friday to Sunday, (Sept.13 – 15) at Northern Quest Resort and Casino, which will host guest speakers and hold workshops that will address current issues involving communities of color and taking action to vote.

Kurtis Robinson, president of NAACP Spokane, said that the conference is meant to celebrate the branch’s 100 years of operations to help communities of color and make their voices heard.

“It’s a challenging time; there’s a lot of rhetoric, a lot of disparity and there’s a lot of justified complaining, but what we also like to be is to be solution-focused,” Robinson said. “Yes we have a right to have issues with the people in office and we need to motivate ourselves up and get out there, get down to business and get to the voting booths and vote.”

Williams said she will be speaking about voting and why it is integral as a people to step and make sure that their voices are heard and presence be made, in hopes of motivating people to be more engaged and involved than they have been in the past.

“There is sort of a weariness that I’m sensing is starting to happen right now where people are feeling weary and tired and a little bit like they’re not sure they can make a difference because it feels kind of overwhelming at times,” she said.  “I hope that I’ll be able to address that, those feelings that people walk away I hope feeling activated.”

During the conference, the Michael P. Anderson scholarship award will be presented to three recipients to help them further their education.

Workshops that will take place on Saturday will address racism in public schools, economic justice and ending mass incarceration in Washington state.

Williams said the issues covered in the workshops are not only important for the African American community but also for the Spokane community in general.

Robinson said the conference is also a statement of the commitment and acknowledgment in honoring not only the work of the Spokane chapter of the NAACP and support in it, but also recognizing support in the voice of communities of color.  He added that it is important that attendees not only support the scholarship award, but also listen to the messages that are being conveyed about the importance of these kinds of events and going out to vote.

He said that many people are troubled with surge of racial micro and macro aggressiveness and are unhappy with the voting records of people they voted into office. However, he added, they continue to lean toward the same personal voting trends.

An example he used was how people won’t vote because nobody perfectly fits their values, yet by not voting they give way to dominant cultural themes that are perpetuated by those who do vote.

“If we are not actively engaged in dismantling and transforming the system then we are, by default, perpetuating it,” Robinson said. “We have to talk about it, but we also have to be about it because if we’re not, we’re giving it free range to do what it’s doing and all of our complaining is serving no purpose other than perpetuating negativity and, by the lack of action, perpetuating the system.”

When it comes to democracy, Williams said that she taught when she was young that “you get the democracy that you want,” where people can get one that is represents the positive and inclusive place that they want it to be.  However, she added, they have to get it, it does not land at their feet.

All three days of the conference are open to the public, tickets are only available online at www.naacpaowsac.org and pre-registration is required. 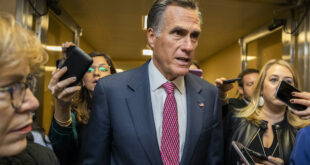