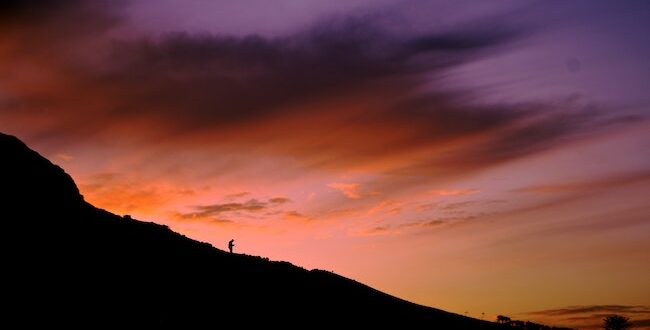 Photo by Carolinie Cavalli on Unsplash

Homer’s “Odyssey”, swashbuckling though it is, is often regarded as a spiritual quest, a “return from darkness and death to light and life … a timeless metaphor.” Mine was not nearly so dramatic, but it did transform me. Wednesday marks the second anniversary of my first FāVS column, so I’d like to share highlights from my personal odyssey.

As a child, I was a handful. My parents weren’t churchgoers, but, perhaps in self-defense, they enrolled me in an Episcopalian Sunday school when I was eight. The ensuing years themselves make a story, but I’ll focus on one sequence. Someone asked me what my religion was. I had no idea, so I asked Mother. “Tell them you’re Protestant Episcopalian,” she said.

I carried the news back to church the following Sunday. “Have you been baptized?” was the follow-up question. Back to Mother. “No,” she said.

That started me thinking. I was mischievous, frequently in trouble, and I’d heard enough at Sunday school to understand that, without baptism, I might be in bigger trouble if I died suddenly. Although only nine at that time, I could still get hit by a truck. I asked Mother whether I might be baptized. She arranged for it to be done in her home church upstate, where my grandfather was still a lay reader and choir member. So, at age 10, I took out my spiritual insurance policy. I continued singing in the Sunday school choir, not paying much attention to sermons. At 15, I chose to be confirmed, not really knowing what that meant. I wasn’t into theology.

At 17, while reciting the Apostles’ Creed one Sunday in congregational unison, I choked on the opening words, “I believe.” Who was I kidding? I didn’t believe. If God existed, he knew what was in my heart. If not, well then … . So, I became an agnostic, someone “without knowledge,” a doubter of the existence of God. I had internalized enough Biblical teachings to believe in their essential guidance, beginning with the Ten Commandments. Although I wanted to better understand the God I didn’t believe in, I found Christian theology off-putting.

At college I explored my non-belief with a young Episcopalian priest. His guidance was simple: “Don’t worry about it. Love God and keep your nose clean.” Not logical but comforting to a confused freshman. Later that year I had a deeper conversation with a bishop. After listening to his talk, I bombarded him with questions. His final response was wisdom incarnate: “You love God as much as I do,” he said, “but I leave you at the church door.” Theology.

Years later, during my second go-round at college, one roommate was a Baha’i. I’d not heard of it, nor was I interested. Years later, when I married Jolie, he was our best man. The night before our wedding I asked him to send me some Baha’i literature. He sent “Thief in the Night,” a book by a prominent Baha’i. The first part deals with Biblical prophecy, reinterpretations of which prove nothing except to believers. But the second part, Baha’u’llah’s teachings for creating a just, equitable, peaceful, and spiritual civilization, resonated with us.

We attended regular study discussions. As a trained singer, Jolie had soloed in various churches since her teens. She’d heard the Bible being taught and interpreted by different denominations and wondered, “What are they arguing about?” It didn’t take her much study to embrace a faith that embraces all religions.

I was more difficult. I resisted. I poked and prodded the poor Baha’is for a couple of years, circling the flame like a moth. Finally, after 12 years of active agnosticism, I flew into the flame. That was in 1965, and I’ve never looked back. Answers to virtually all questions I had during those agnostic years have become clear, logical, spiritual.

For a century and a half, our small, but growing, Baha’i fraction of humankind has been revivifying civilization, guided by principles embedded in most religions. Tiny enclaves of Baha’is, residing in remote villages and teeming cities, constitute a global, international network, practicing its faith while living in harmony with civil authorities that govern nations wherever Baha’is live. In the interests of unity, one of our requirements is to obey the laws of any government under which we live. For example, when Hitler outlawed the German Baha’i community, the Baha’is disbanded until they reconstituted legally years later.

Appearances to the contrary, peace will prevail. Whether we unite to achieve it quickly, or whether we continue to antagonize each other, is our choice. In 1890, Baha’u’llah made this promise to a visiting scholar: “These fruitless strifes, these ruinous wars shall pass away, and the ‘Most Great Peace’ shall come.”

That promise continues to resonate: “World peace is not only possible but inevitable.”

Previous Hijri New Year 1444, Muharram. The Sacred and the Forbidden.
Next The View From The Recliner