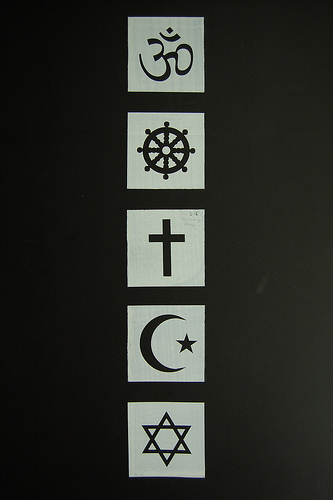 My spiritual journey as a None

I thought spiritually would come easily after I moved to a small town, but the journey had just begun… 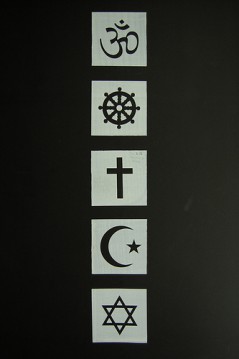 In 2005, when I moved to a small town in the Pacific Northwest from the San Francisco Bay Area, I decided I would “get spiritual.” I had no clue what this might mean but I wanted to scratch it from my “To-do” list. I was a goal-oriented career gal who had been raised a “None”—as in “no religious affiliation.” But somewhere around the age of 30, I had started to ache for something more. I thought finding it would be as easy as shifting away from a frenetic pace of life.

As I made the transition, away went the bustle and the endless distractions. I cleared the need to be at a specific location for 10 hours a day working hard at something that was not necessarily my passion, along with the paycheck that went with it. I felt like an archeologist brushing away layers of dirt and grime to get at some prized artifact: the “real” me. But the further down I got, the more irrelevant crud I removed, the more unnerved I became. No tall buildings divided up the air, no city blocks organized the land, and no regular job structured my day. I would find myself standing at a window, looking out on the wheat fields that surrounded my little neighborhood. I would feel the tight squeeze of panic rising in my chest and I would need to lie down.

This was the opposite of the peace I had hoped would result from stripping my life bare. My internal chaos had surfaced.

Several months after moving to my new hometown, I started to notice the churches. Almost like one of those digital patterned images in which a prominent shape emerges if you stare with eyes relaxed, the churches in my neighborhood began to stand out. I thought perhaps I should enter one. After all, hadn’t settlers used this strategy for centuries? Whatever new place has been arrived at, places of worship have helped people plant roots and establish relationships—with God and with each other.

But where does one begin when no beginning has been mapped for you? How was I, a second-generation None, meant to make sense of this sea of choices without benefit of having been handed an affiliation by marriage, or some other unique circumstance?

I decided to borrow a page from the book of a poet and writer I admire, Kathleen Norris. She has written about moving back to her home state of South Dakota after living in New York City for many years. After many years of considering herself an atheist, she begins attending the Presbyterian Church her grandmother had belonged to. In addition, she takes retreats at a Benedictine monastery.

Instead of attending the churches in my own community, which seemed like a daunting task, I would copy Norris by taking a monastic retreat. I Google searched “Benedictine Monastery Washington State.” Immediately, I hit upon the web site of a monastery that fit the bill. Unlike the one Norris visits, this was a 300-acre farm and the “monks” were all nuns. I loved the idea of working on a farm, especially if what the website said was true—that it was a “form of prayer.” As far as I was concerned, the monastery had been founded in the 1970s for the sole purpose of being at the receiving end of my internet search. To arrange a week-long visit was simple enough: click a link to email a nun.

I thought my visit would be like a divine car wash: in one end I would go with the jangled nerves and disconnectedness of modern life, out the other with the serene smile and beaming aura of the Virgin Mary. I wanted the nuns to take me under their billowy sleeves and teach me the divine lessons they had gathered over a lifetime.

This did not happen.

My companions for the week were not nuns at all, but other visitors staying at the guest house, one of whom was a teenager from Seattle getting off drugs. It dawned on me that what I was doing here, in one respect, was running away from, not towards, spiritual enlightenment. This was not my community. According to Saint Benedict, what I was looking for could only be found by staying firmly planted in my own life. In other words: I would have to do the hard work.

Back at home, I plucked the worship directory out of my local paper. I usually swept right past it. I found names I recognized but knew almost nothing about, then the denominations splintered into groupings that were foreign to me. So much for the Pacific Northwest being labeled “the None Zone.” In alphabetical order, the list read: Assembly of God, Baptist, Bible, Catholic, Christian Science, Church of Christ, Church of God, Disciples of Christ, Episcopal, Evangelical, Inter-Denominational Charismatic, Lutheran, Methodist, Nazarene, Non-Denominational, Presbyterian, Quaker, Reformed, Unitarian Universalist, and United Church of Christ. With more than one church in some categories, I had almost 50 options. I decided to go—to all of them.

Over the next year or so, I listened, sang, held hands, and communed with Christians of every kind. It took a while, but I began to sense a purpose to all this gathering and worship. I glimpsed something beyond the day-to-day material world in which I was so firmly embedded. It was a place of less anxiety and more gratitude.

Emboldened, I thought: why stop at Christianity?

Then I made the three-day drive to L.A. where I had gone to junior high and high school and worshiped in the synagogues surrounding my old stomping grounds. I had always skirted right past them, now I wanted to know what was going in inside. On my way back, I stopped in Berkeley, California—my alma mater—and stayed for several weeks. I visited every Buddhist center and temple within a five mile radius of campus. I realized my approach to getting peaceful had become rather aggressive.

Today, I’m home where the journey began, and just finished participating in the Muslim holy month of Ramadan. It’s been almost a month now of trying to live without food and water during daylight hours, particularly challenging as summer in this region brings extra-long, hot days. It’s been a microcosm of the larger journey. Some hours I am resolute, my thirst and hunger at bay. Others, I feel lonely and miserable. Regardless, every day brings that moment—whether I’ve made it the full 17 hours or not—when that first glass of water hits my parched lips. It is the best thing I’ve tasted and I can’t believe how lucky I am.

Corinna Nicolaou is a writer living in Washington State. Follow her journey into religion at OneNoneGetsSome.com. Read about her visit to the Jehovah’s Witness Kingdom Hall on Gawker and her worship experience with Hassidic Jews on Salon.