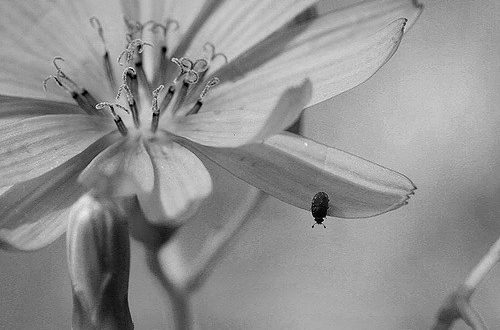 My Personal Experience with Suicide

I just finished watching “13 Reasons Why” on Netflix and needless to say, my world has been ripped apart. This is one of the most earth shattering portrayals of youth and their world that I have experienced. On another level, this series treats suicide with incredible depth and realism that I have not seen in any other cinematic representation. I highly recommend that you watch “13 Reasons Why” if you are a parent or are involved with youth in any capacity.

With that said, my experience with suicide is not as one who has ever thought of it, or been “tempted” to think of it as an “easy solution” to my problems. If you have ever thought about committing suicide, my story cannot provide the reasons for not doing it; anyone suffering from depression or thoughts of suicide should first and foremost seek help from a professional, friend or parent. My experience with suicide is as a victim.

The first time my mom attempted suicide was before I was born. I had no knowledge of this for most of my life. In fact, it was not until after I lost her that I learned of her past and history of mental illness. But the first time I experienced suicide was when I was 16 and my mom attempted to kill herself through a prescription drug overdose. It was a naive attempt, but it resulted in her being committed for a few days. Over the next four years my mom would attempt suicide three more times until she finally was able to end her life by attaching a hose to the exhaust pipe of her car, parked in a field. She died facing the rising sun in an isolated meadow on Thanksgiving day.

Those four years were a very dark time for me. My relationship with my mother suffered immensely. She oscillated from one addiction to another. One week she would gamble away all her money and show up at my doorstep so I could pay the taxi for her ride home. Another week she would arrange a meeting, show up drunk and try to publicly yell out all our issues. She lost her job, her house, her marriage and her health. She would take in boyfriends who beat her.

I witnessed the downward spiral a person goes through when they are struggling with depression and cannot find peace within their soul. I know the powerlessness the bystander to this phenomenon feels. I went with my mom to AA meetings during the good months when she would try to get her life together. I went to every family function so I could maintain my relationship with my mom, and I talked with her on the phone during the midnight hours when she would call, even though I knew it was just to be belligerent and to try to fight with me. But the reality was that I was still so young myself, and I did not know what I needed to do to help my mom. The common answer is to say that there is nothing anyone could have done. We like to tell ourselves this about suicide, because we like to think that suicide is a person’s choice, and that people need to be responsible for their own choices.

And I don’t think this has changed for me. But to simply think that we can dismiss a person’s suicide because it was their choice to make seems absurdly clinical in face of the human experience that we all share. I don’t think it was anyone’s fault that my mom committed suicide, but my mom, for all intents and purposes, had all the support structures in her life that should make the likelihood of suicide non-existent. She had a therapist. She attended AA meetings. She had been in different recovery programs, and she had concerned family members that lived close to her. She had a husband who loved her. But even with this my mom was able to slip through the nets that most of us feel safe and secure in. Therefore, I think it is incumbent to ask why these support systems failed her when they are successful for us. It seems useful and proper to take a certain level of responsibility for suicide when it seems to occur in unlikely scenarios.

As a person who has lived through the darkness that falls when someone you love descends into addiction and depression, I have to be honest and admit that when my mom finally killed herself I was not sad for her passing. Not because I saw it as the achievement of some unmet goal, or because I felt relieved to not have to deal with the drama of her illness, the plain and simple truth was that, for me, my mom was dead before she had died. Her final days and months in my mind were lived on borrowed time; she was a walking corpse. After the repeated attempts to end her own life and all the human depravity that I had to involve myself in to care for my mother, I became convinced that my mom had reached a point of no return. The die was cast, as some would say. When the time came and it actually happened there was nothing left to do except clean out her apartment and pay the funeral home to cremate her body.

I don’t know if I could have done anything differently. I was still so young. Now, of course, I believe I would do more. I would fight more for her life, and for her value as a human being. I would educate myself about depression and how to engage those who suffer from it. I would never hang up the phone until my mom knew that I loved her and would do anything for her. I would visit her more. I would thank her more. The only thing I can say is that I wish I had been more mature and knowledgeable when I was younger so that I could have done more to help my mom, and at the very least gave her a little more doubt about the solution she decided.

Now it’s been close to 20 years since my mom ended her life, and I have four kids, a home and a college education. I wish my mom could be a part of this life, and I know that she wanted to see me become what I am today. One of my favorite philosophers said that the greatest philosophical question for mankind in the modern era is, “Why not commit suicide?” With the existential discovery that we create our own meaning for life, the primary starting point has to be what value this life has to begin with. The reason I pose this question is not to advocate for the validation of suicide, but rather to expose or awaken us to the fact that we have all consciously chosen to live our life, and that this implies our own personal obligation to engage and participate in the creation of life. In a world where suicide is possible, the continuation of our life requires that we take responsibility for it.

In the movie “Into the Wild,” which tells the story of a man’s search for happiness that results in his own death, another one of my favorite thinkers says, “Happiness is only real once shared.” This means that a life being lived must be lived together.

I cannot give anyone a reason not to commit suicide, but for the sake of all the victims of suicide, I implore you to not give up on anyone for any reason. Share your life: share it if it hurts, share it if it is uncomfortable and share it beyond your ability to do so. Share recklessly, and share wastefully. Be wild in how you share your life, because sharing is our primal root in making life worth living; once we analyze it we become inauthentic and our sharing becomes corrupted. Sharing life is not a surrender or an abdication of our own happiness; it is the fulfillment of happiness and the most individualistic thing you can do with your whole self, so share from your heart and from your soul. Share mindfully and intentionally without the prejudice of criticism, and in doing so you may alleviate the pain and suffering of your own life and make life livable for others who suffer as well.