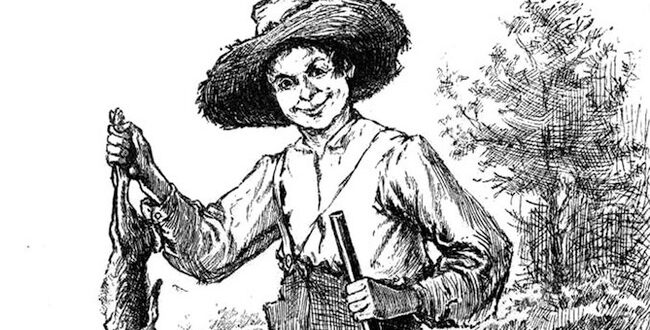 My New Year’s Resolution: Go to Hell. Heal the Country.

In the summer of 1884, Mark Twain finished “Adventures of Huckleberry Finn” which would become one of the most profoundly American novels of all time. I recall opening this book in grade school but not ever reading it carefully— recess was on my mind more than 19th century themes. But I was recently reminded of a particular passage of Twain’s book that has helped shape my spiritual outlook this year and helped me stay sane in an ever-more perplexing world filled with false promises, inauthentic motives and disillusionment.

Rereading Twain helped me realize that there is a way to reclaim not only my faith but my patriotism in these unstable times. We need healing. Healing for me is spiritual. So here I am. A Christian. Who wants you to go to hell.

Huck Finn is a ruffian who finds himself running from home in search of adventure with a runaway slave, who seeks to gain his freedom. When he overhears Jim crying at night, he begins to realize Jim is crying for his family still in the bonds of slavery. “I reckon he cares just as much for his people as white folks do for theirs.”

When they get closer to free states, Jim tells Huck that the first thing he will do when he gets to freedom will be to go to work to save enough money to buy his wife and eventually the entire family’s freedom. And if that didn’t work, he would hire an abolitionist to steal his family from their masters and bring them to freedom.

Huck, a southern young boy, begins to realize that there are severe consequences for helping slaves escape to freedom, and wrestles with the concepts like stealing property like slaves or abetting criminals from authorities. In fact, Huck sees the danger he is in as he and Jim float the river, and decides to play it safe and turn Jim over to the authorities at the next town.

But then after encountering men looking for runaway slaves, he lies and saves Jim from bondage. “I know’d I’d done wrong,” Huck says, referring to lying to the authorities. “It wasn’t any use for me to learn wrong from right.” He goes on to say “if I had gone to sunday school and paid attention, I would have known what to do.”

Sitting weighing his options with his soul hanging in the balance, Huck must choose to do the right and expected thing that he’s been brought up to do, or risk eternal damnation. He finally decides, and says one of the most profoundly American and righteous things by taking a stand and saying “alright then, I’ll go to hell.”

Over 100 years later, this passage still resonates. I can’t help but think that there is something meaningful here for us to ponder as people of faith today. As Huck’s predicament shows us, it’s often troublesome to do the right thing, and can cost us dearly.

The Bible claims that there is no greater love a person can have than to be willing to die for another. To act not out of self interest, but radical love is the highest spiritual virtue in the Christian faith.

Our founding fathers echoed this concept in the Declaration of Independence when the signers affirmed that they “mutually pledge[d] to each other our Lives, our Fortunes and our sacred Honor,” and took a risk to stand by one another in the face of certain war.

Fast forward to our now. Impeachment, elections, and the disillusionment of it all has left me feeling even more alone than ever. In a country more divided than I can remember. It doesn’t have to be this way.

In time of such derision, perhaps it would be advantageous to us all if we measure the lengths we would go— in this life or the next— for one another. Can we all aspire to something greater than their own narrow self-interest and love our neighbor?

If you’re anything like me, this may be a difficult exercise. And perhaps, that’s the point. At its best, the spiritual life is not meant to be easy, but a test to be ever-evolving and developing what it means to be fully human.

It is a tall order to forsake everything we hold dear for another. Perhaps that’s why Twain quipped that you go to heaven for the climate and hell for the company.

So I challenge you to take seriously the example Huck sets for us and think about how far we are willing to go for others. Maybe we can make it to heaven by going through hell.