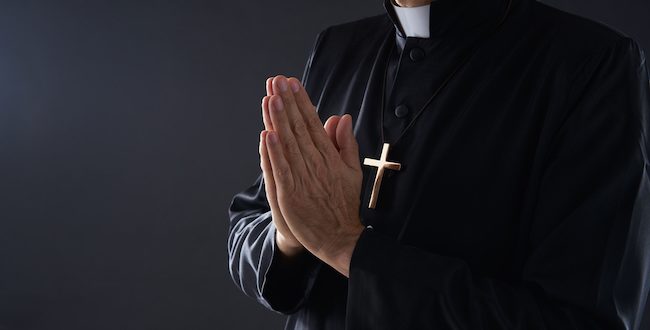 My Life As A Cosmetic Christian

Every once in a while a word or phrase will jump into our brain unexpectantly and will not flush, not matter how determined our desire to clear the slate.  Perhaps there isn’t a clear understanding of where it came from – was it something we read? or something we heard?  No matter how determined we are to find the source, no memory is there, yet perched in the forefront of thinking is that troublesome idea.  That has been the status of my analytical processes for quite a while now, and waking or sleeping, it is the source of much pondering.  It’s the phrase “cosmetic Christian.”

With each journey down the road to find a meaning for that term or an understanding of how it could possibly relate to me, I have become more and more convinced that it did not pop into my mind accidentally.  I have come to realize that indeed, it is something I must claim as evidence of part of my spiritual journey and Christian experience.  I have been faced with the truth that parts of my life as a believer, and as a minister can be described as “cosmetic.”

As I sat in church recently, it dawned on me that so many of those attending the service had come with the same unconscious intent – to be on our best behavior.  We take time to dress “appropriately” and to behave “correctly” so that those we encounter will hopefully find visible evidence of our deep spirituality.  We stand as we sing hymns whose story and meaning are as foreign to us as some unknown language we have heard but never learned.  We bow our heads in reverence as someone reads a well-written prayer displaying their gift for weaving theological words and thoughts into a spoken text worthy of inclusion in scripture.  We recite mandatory liturgical creeds pretending that we know exactly what it means to be “in communion with the Holy Spirit.”  We ask worshippers to diligently participate in and follow all 16 pages of the Easter service program, which could have been more accurately called a production.

I Dressed The Part

But it went even deeper than that for me.  I dressed the part of a well-respected minister with my clerical collar, robe and the correct colored stole faithful to the church liturgical calendar.  I relished the name given to me as “Pastor [First Name]” as though that name plate carried with it the recognition of my near sainthood.  I read Scripture from a variety of translations to signify I was truly a scholar and a seminary star pupil.  I was clear to make known the fact that I did not drink or smoke, though these had no connection to my life as clergy but were hold-overs from being the son on a smoking alcoholic and my painful memories of growing up in that homelife I wanted to hide.  I made sure I flinched when anyone used even a hint of a curse word because proper clergy should always do that and Proverbs says, “A word fitly spoken. . .”  I was, in truth, a cosmetic Christian.

Things are changing for me these days.  I suppose it happened when by accident I came across media coverage of a radical new kind of minister.  The first time I saw a photo of Nadia Bolz-Weber, I cringed.  There she was in a thin strapped blouse with body art up and down both arms.  My implicit biases jumped into gear and I assured myself that she must have been in a gang and likely found the Lord late in her life.  That would be the reasonable explanation.  I dismissed her as someone so far outside the realm of ministry that her message must be irrelevant.  Then I met her, heard her tell her life story, and read some of her writings.  It was an awakening I had never expected.  Was she talking to me when she wrote,

I have to believe that the image of God within us, that source of our worth and dignity and lovability from where our longing for truth and beauty comes is nourished and honored every time we come here [to church] and once again hear that we are loved like crazy by this crucified God who doesn’t mind losing?

Here was a Lutheran minister who was so completely authentic that she had not one desire to be cosmetic.  So what it she had tattoos.  So what if she cussed from the pulpit.  So what if her message was about how real people should and could live in a real world.  I wanted to be like her – to preach her kind of Gospel of real faith, not one that simply called for altered behavior.  And then I heard about another powerful religious voice, Rachel Held Evans.  It was heartbreaking to find that she had recently died at such a young age before she could complete her incredible written work.  She must have had me in mind when she wrote,

These women showed me that there is an alternative to being simply cosmetic in my faith.  I can be authentic instead.

Now I seem to have had an epiphany, which sounds a bit cosmetic in itself when I say that.  But it has brought a new awareness of authentic Christianity.  It’s the way a disabled Black minister in North Carolina has stepped forward to lead a renewal and revitalization of Dr. Martin Luther King, Jr.’s Poor People’s Campaign for the cause of social and racial justice.  It’s a group of Jewish believers in New York who allowed themselves to be arrested as they protested mass arrests of immigrants, many of whom were snatched from the arms of their children.  It’s a young Congregational minister in Wisconsin who preached a powerful sermon from his pulpit about the political assault on women in order to control them and keep them in an outdated patriarchal world.  It’s the young minister married to a former drug addict who led the congregation to open a needle exchange program in their church in the midst of the opioid crisis.  It’s all this and so much more.  And it is a call to action for me to move well past living a life of convenience and appearance to becoming an authentic, compassionate, motivated believer practicing real faith.

Certainly, this transition doesn’t negate the past work done within my calling into ministry of more than 50 years.  Nor does this say to anyone else – Christian or other – that what you have done in life doesn’t matter.  The message here is simply my story of my own personal desire to leave behind days in which I engaged in ‘Cosmetic Christianity” and to change my own life and focus on living with no façade and no pretense of being something I am not.  There is an old, perhaps wrinkled faith behind the make-up I have often worn, and I’m relieved and pleased to come clean and just be me, sometimes an oddball or outcast.  Now I can truthfully say, “What you see is what you get.”  What a relief.

Previous Ask A Latter-day Saint: Honoring the Sabbath
Next At Library Professor Discusses Evangelicals and Trump