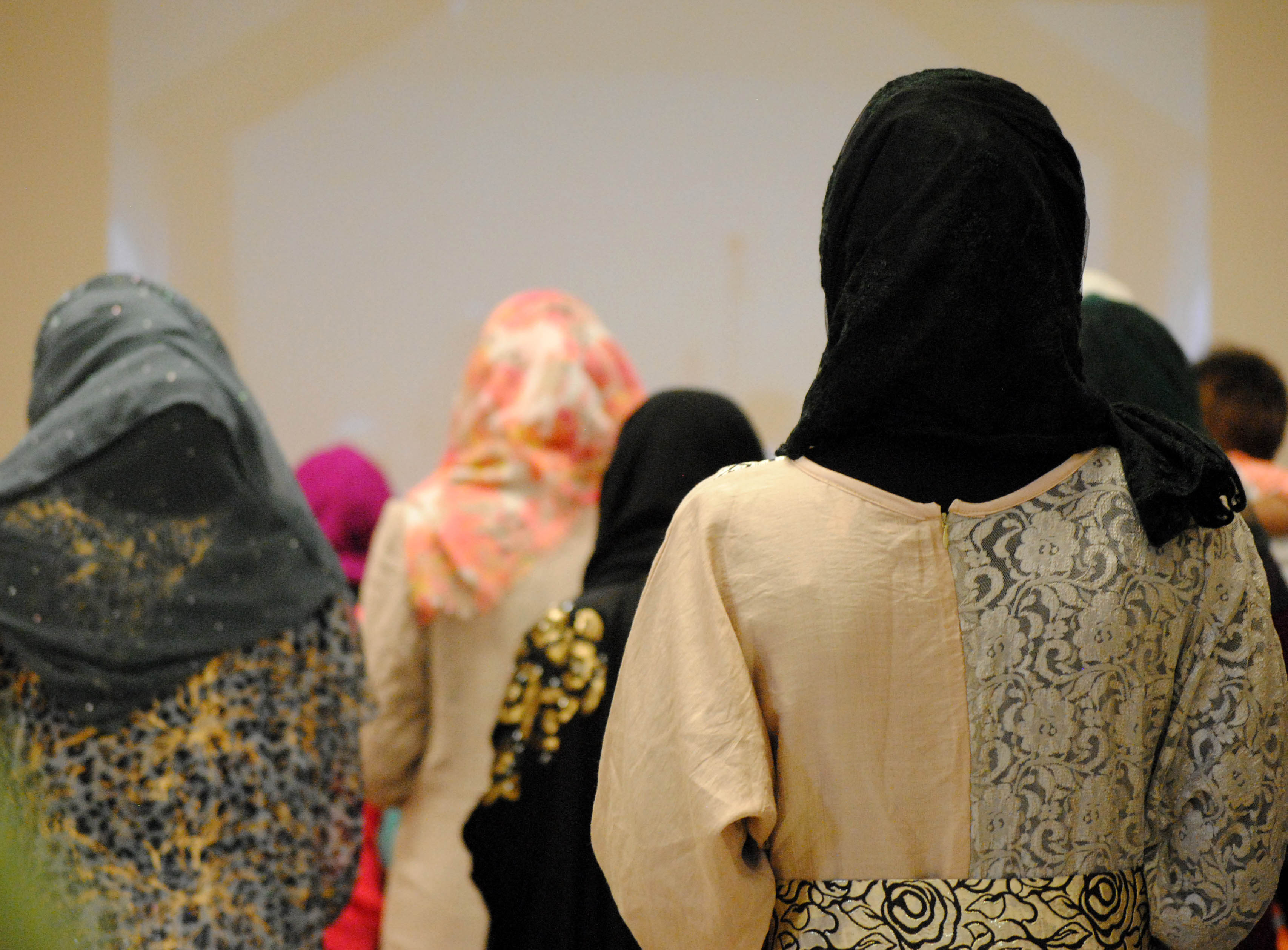 Muslims gather to celebrate the end of Ramadan/SpokaneFAVS file photo

Muslim Americans will gather today (July 17) to celebrate Eid al-Fitr to mark the end of the month-long Ramadan.

Since June 17, Muslims marking Ramadan observed the holy month of fasting in the Islamic calendar. Eid celebrations break the fast, and begin the 10th month on the Islamic lunar calendar at the sight of the new moon.

American Muslims, along with Muslims in several other countries, will recognize this holiday Friday because of astronomical estimates from the Fiqh Council of North America that predict when the new moon will be visible.

On Eid, or the Feast of Breaking the Fast, Muslims pray early in the morning, exchange gifts and celebrate and eat with family throughout the day. The joyous celebration lasts three days.

President Obama brings attention to Ramadan each year with an annual Iftar dinner — the evening meal after sunset that concludes fasting for each day — at the White House. In June, Obama invited members of the White House staff, elected officials and young leaders and women in the Muslim community to celebrate.

Obama, in a statement on Friday (July 17), sent “warmest wishes to Muslims in the United States and around the world” for the holiday, which he said, “marks a new beginning for each individual — a reason to celebrate and express gratitude.”

For some American Muslims, the joyous day may be hard to celebrate. Ibrahim Hooper, spokesman for the Council on American-Islamic Relations, told USA TODAY anti-Muslim hate crimes across the U.S. make it difficult to relax and enjoy the holiday.

“We’re dealing with this almost on a daily basis,” Hooper said. “We hope that the larger society supports the ending of these crimes.”

Hooper cited an incident in New York on Tuesday, where the New York Police Department said a man punched a woman and yelled anti-Muslim sentiments at her. The 19-year-old woman suffered a fractured jaw from the incident.

“These are the kinds of things that will be at the back of your mind,” Hooper said.

Kamal Nawash, founder of the Free Muslims Coalition, an organization that aims to denounce misconceptions and stereotypes about the Muslim community, said he believes anti-Muslim hate crimes happen predominately to Muslims who wear certain apparel that reflects their culture — especially on religious occasions.

“Some people who feel that it is necessary to dress in a way to reflect the culture that they came from may get certain looks that make them feel uncomfortable,” Nawash said.

Because of his apparel choices, he said he does not feel discriminated against while celebrating religious holidays — in fact, he said many Americans embrace Muslims and aspire to learn more about Muslim religious traditions.

He said he often wears a suit, and his wife chooses not wear hijab or a head scarf.

“The last thing that comes to our mind is any bias towards Muslims,” Nawash said. “It really doesn’t cross our minds.”

Nawash and his family will celebrate Eid tomorrow with presents and a trip to a park in Williamsburg, Virginia.

He compared the celebration to how Christians celebrate Christmas: with many presents, and a host of family time.

“We want the kids to feel that this is their holiday, because you don’t necessarily see lights or anything out there like you do on Christmas,” Nawash said.

Previous Father Knows Best: Life lessons from summer camp
Next Ask a Religious Scientist: How are children raised in your faith tradition?