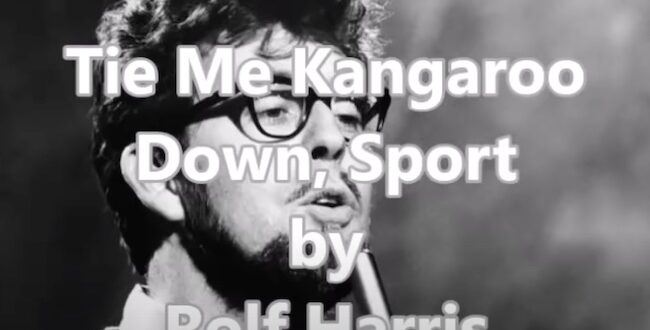 My readers will recall me writing about my dear Carla’s musical obsession.

I have been living with Elvis Presley ever since we were married. Still, it is hard to be jealous when your wife’s other boyfriend has been dead 45 years.

This summer he has been a constant presence in our lives. Because of the new film, “Elvis,” Carla has been inspired to rewatch most of the King’s movies, several documentaries and especially the new movie. She has seen it in the theaters six times and now we have it on demand in our home. As I write this, she is watching it for the third time.

The Music Important To Me

All of which got me thinking about the music important to me and, with respect to Carla, Elvis is not at the top of my personal playlist.

You can learn a lot about a person from their musical preferences. And maybe a bit about their values, even their faith.

Those who like the Insane Clown Posse have a world view all their own. Gospel music lovers have a somewhat different perspective on life. And if you know the name Arturo Toscanini, it is likely your tastes run to the classical.

Music and Your Values

What do your tastes tell the world about your faith and values?

My tastes are eclectic, rooted in the music of my father and the rock of my high school and college years.

But there is one song I come back to when I consider the music of my life.

“Tie Me Kangaroo Down Sport.”

Is it my favorite song? No.

Is it sung by my favorite musician? No. Australian Rolf Harris had precisely one big hit in this country, and this is it.

Favorite band or album? No. He may have produced albums in Australia. Might even have had a band. I don’t know anything about those. And he was convicted in 2014 of molesting young girls. I must think on that even as I write this.

This Song and Memories

Still, when I try to think back on the most memorable music of my life, his is the first song that comes to mind.

Music was always important in our house. My dad was a musician in his youth – a clarinet player. He loved symphonic music and World War II-era swing music and the soft crooners of the early 1950s. Pop also liked Broadway show tunes. There was a time I could recite the lyrics for every major song in every major Broadway musical starting with “Show Boat” and “Oklahoma” up to “My Fair Lady.”

But as all children do, I found my own popular-music path.

I can distinctly remember the two pop tunes that caught my attention as a little boy. I was eight years old and visiting my friend Kent’s house when I heard actor Robert Mitchum sing the title song to his newest movie, “Thunder Road,” the tale of a doomed moonshine runner. Kent’s parents had bought him the 45-rpm record and we played it dozens of times one afternoon. It is still on my Amazon playlist.

The other kid-tune I remember is no surprise; Alvin and the Chipmunks singing “Christmas Don’t Be Late.” Alvin wants a Hula Hoop which may seem a minor request today. But the Hula Hoop fad was sweeping the country then and everyone wanted one, even Alvin.

At some point – I was probably 10 or 11 – dad bought my sister and me a small portable record player. And he brought home from one of the re-sale stores he frequented a stack of 45s, maybe 20 or 30. I don’t remember most of them. But Terri and I loved “Wake Up Little Susie” by the Everly Brothers. We wore that record out.

Fundamentally, I am devoted to ‘60s and early ‘70s music, the soundtrack of my high school and college years.

Still on the Playlist

The first song I looked for when driving to and from school or work in 1967 was “Mrs. Robinson” by Simon and Garfunkel. A great sing-along. It remains on my playlist.

On the radio, especially in the car, I loved anything from the Rolling Stones. “Proud Mary” from Ike and Tina Turner was another favorite.

I was a fan of hard rock and psychedelia – Jefferson Airplane, Country Joe and the Fish, Big Brother and the Holding Company with Janis Joplin, War, Deep Purple, The Animals, Iron Butterfly, Buffalo Springfield, New Riders of the Purple Sage, The Doors. I first drank coffee and smoked pot to the Doors.

Crosby, Stills, and Nash was my favorite group from that time. “Suite Judy Blue Eyes” is still on my playlist and was, in my mind, always about my first girlfriend.

While at the University of Oregon I was able to see many of my favorite groups live. I saw The Supremes early in their career. Ike and Tina Turner put on a show I still remember. Iron Butterfly was mesmerizing.

Music of My Generation

If there was a group that defines my generation, it is The Grateful Dead. They came out of the San Francisco music scene and were active for more than 30 years. I saw them perform a few times, including once at a million-person anti-war rally in San Francisco. Their album, “American Beauty,” is at the top of my list. And the lead song, “Truckin’,” is the soundtrack for my life. “What a long, strange trip it’s been.” I never tire of that song.

But there will always be “Tie Me Kangaroo Down Sport?”

My dad was not always the easiest person to live with. When he was depressed, he would withdraw. And even when engaged he had a temper that sometimes spoiled the fun. Our efforts at camping are the stuff of family legend. Pop liked to take the family camping but never made it easy. Packing the car would be an exercise in creative profanity. My mother’s patience was severely tested. But she never broke, and we would somehow make it to the road.

On one trip, after the usual bellows and snorts, we got to the coast. We were driving to our favorite campground when “Tie Me Kangaroo Down Sport” came on the radio. It is the silliest of songs.

There’s an old Australian stockman lying, dying
And he gets himself up onto one elbow and he turns to his mates
Who are all gathered around and he says

Pop thought that was the funniest song he had ever heard. He started laughing and singing along, especially to the chorus. Even after the radio DJ had moved on, Pop was singing that song. We all joined in. I don’t remember my dad ever laughing that hard or having that much fun. In family lore, that was the best camping trip ever.

So, if you ask me to name the song that may mean the most to me now, it is that ridiculous tune from an obscure Australian pop singer that reminds me of the time my dad laughed, and the family sang.

“Tie me Kangaroo Down Sport.” And Pop’s laughter. The music of my life.

Previous A Failure Can Be A Success Story, If You Know How To Look At It
Next A Reason to Cry