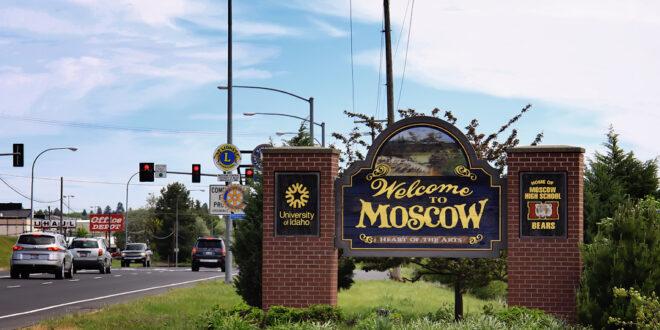 In 16 years living in Moscow, Idaho, I have never seen anything like it.

The one that speaks the most to many affiliated with University of Idaho is the 2011 case of a professor murdering his graduate student, then killing himself. The case of Katheryn Benoit, killed by Professor Ernesto Bustamante, is recalled every year on campus in memory of Benoit.

What makes all these cases similar, besides all happening in Moscow, is they all involved guns, and the public were made aware of what was happening quickly.

That is why the silence from city officials, the police and UI officials seems so baffling since Sunday, Nov. 13. After people were told about the police finding the bodies of four students, it was very quiet until the names were released on Monday. Then, nothing again. It took a while for the police to finally say the four were killed by an “edged” item. Most people have taken that to mean a knife. The coroner said none of the dead were the perpetrator, ending the murder-suicide theories.

This is where social media came in. People began to speculate what happened. Rumors began running wild about drugs and alcohol. People speculated about the crime scene and exact causes of death. People were proclaiming they were getting their information from “unofficial sources,” but would not name them or say they were verified. Some people openly said “it might be fun to guess” what happened, fueling the rumor mill. Residents have been clearly angry about the lack of information.

And therein lies the rub for the friends and families. Speculation and inuendo do nothing to help anyone, except make a bad situation appealing to the more salacious-minded. Obviously, there is no concern for the families and friends of the four students.

The reason I bring this up is this: As a PR person for a hospital system, I have seen first-hand how rumors and misinformation hurt the families and friends. To speculate about drug overdoses and/or alcohol poisoning, or maybe a “crime of passion” when it wasn’t just might be slanderous. It certainly destroys a family when they are forced to deal with an image that possibly is not true being bandied about by the public at the most fragile time dealing with their loss.

For a caring, tight-knit community, it comes across as careless and cruel.

Could the Moscow Police and city officials have done better? Yes, and without jeopardizing their case.

Even a simple statement, like the one Police Chief James Fry put out on Tuesday, Nov. 15, could have helped if it had been released earlier. People will speculate anyway, but the police not saying anything will put such speculation into overdrive. Chief Fry’s measured statements made the reasons for the silence clear.

The national news media picking up the story and running with the idea of a murderer at large, saying Moscow citizens “are living in fear” doesn’t help either. Responsible journalists need to check their facts. Also, broadcast news reporters who use words like “horrific” and “tragic” are unnecessary. The facts say that without the additional adjectives.

The deaths of Madison Mogen, Kaylee GonCalves, Xanda Kernodle and Ethan Chapin should be treated with respect, not rumor. They deserve justice, but citizens must realize the police cannot tip their hand too quickly by releasing information that might damage the case.

It is a delicate balance between letting the public know so they can feel safe and preserving the rights of the deceased. We need to trust those in charge of the investigation, as difficult as it may seem to do, while waiting and wondering.