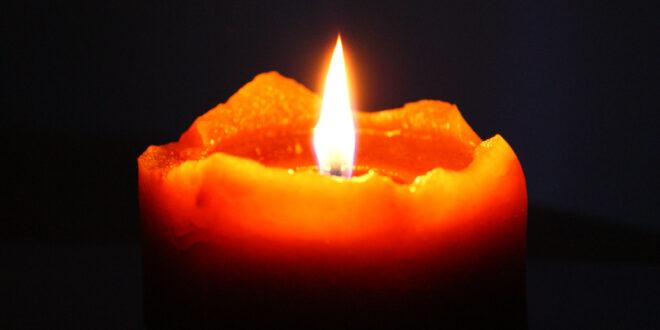 That will not mean much to young people. But to people of a certain age, my age, the loss was significant. And emotional.

I felt it in ways I did not expect.

Crosby is a music legend. A founding member of The Byrds, and later part of the group Crosby, Stills and Nash, later Crosby, Stills, Nash and Young. His music was the soundtrack of my youth, music I listened to at home, in the car, while smoking dope or making love.

Crosby, who was 81, barely survived decades of drug abuse and health crises that should have killed him years ago. He kept performing and his final solo album was released only a month ago. His later music was less significant to me. To be honest, for years I had not given him much thought, most often reminded when one of the old songs popped up on Sirius.

But his death caught me off guard. I grieved for his loss with unexpected sadness. It was as if someone I had known died suddenly.

There is an obvious contradiction in this. I did not know David Crosby. He did not know me or even of my existence.

So why was I sad?

Regular readers know my dear wife, Carla, is an Elvis Presley fan, has been since she was a small child. His music is part of her daily life. She has been to Graceland multiple times and virtually attends important events marking Presley’s birth and death. She has seen the new Elvis movie more times than I can count.

So, when Presley’s daughter, Lisa Marie Presley, died suddenly on Jan. 12, Carla was devastated. It was as if Elvis had died again, the old wounds opened to let in new grief, a grief shared by millions.

Carla never met Lisa Marie. Rarely listened to her music. And Lisa Marie did not know Carla, or even of her existence.

So why was she sad?

My reaction to Crosby’s death and Carla’s reaction to Lisa Marie’s are representative of a universal human truth: All of us are capable of developing strong attachments to well-known people, relating to them as if they were close friends or even family.

In a fine Psychology Today article from October 2020, psychologist Julia Breur described a parasocial relationship as a one-sided, non-reciprocal relationship, “where one person extends emotional energy, interest, and time and the other party or the persona is completely unaware of the other’s existence.”

Breur said people form such parasocial relationships for many reasons, including a need to better cope with anxiety and depression, to mentally escape from stressful real-life relationships or situations, or to experience entertaining enjoyment.

When the celebrity dies, all connections are broken, creating a disconnect to that person and it can be very difficult for some to adjust, Breur said.

We may listen to the music of dozens of artists. We may follow dozens of movie stars or athletes. But we develop parasocial relationships with only a few, most often because the celebrity connected with us at a critical moment in our lives, often important moments in our youth or adult milestones such as a marriage or breakup.

There is a particular Crosby song that played frequently as I courted my first love, and which still viscerally reminds me of her. Losing Crosby is, in a way, losing part of the memory of that first love. And it hurts.

Carla was introduced to Elvis by her father when she was a child. He even took her to one of the King’s Spokane concerts. Of course, she loves his music, but Elvis was also a vital connection to her father who died decades ago. And Lisa Marie, the King’s only child, was the last living connection to Elvis. For Carla, and millions of fans, the loss is palpable.

I first began to think about the phenomena in 1975, just after graduating from the University of Oregon. I was a big track and field fan, not uncommon in Eugene. And I was a huge fan of Ducks’ runner Steve Prefontaine. As a student I had shared one class with him, found him aloof and even a bit rude. But he was a monster on the track and I was among the tens of thousands who followed his every race.

Then he died. It was a late-night traffic accident. He had rolled his car and had been pinned. That was it. I received the call from a friend early that morning and was devastated. How could I be so moved by the death of someone I had not really known, had not even liked?

After his death, I began running, a compulsion not a tribute. I ran road races, half-marathons and longer. In Eugene I ran on the sawdust trails named after Prefontaine. But no matter where I ran, I thought about him. In death, he was a powerful motivator.

Running was how I managed my grief following Prefontaine’s death. I started horse riding after John Wayne died. In mourning Crosby, I am already listening to his music more than I have in years. “Guinnevere” is playing as I write.

So, rest in peace David Crosby. You, too Lisa Marie Presley. You are deeply mourned, and that is as it should be.

Previous Detours in life: God’s invitation to an adventure
Next The Evil in this World: I’ve Experienced Evil in the Actions of COVID Deniers