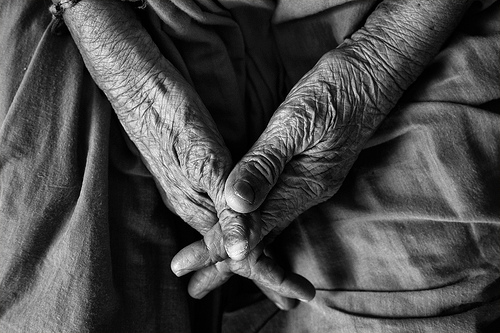 Motto of the Evangelical Lutheran Good Samaritan Society: “In Christ’s Love, Everyone is Someone”

Normally I share how my LDS faith impacts my life, but today I’d like to give a shout out to the Lutherans, whose faith moves them to action, as faith always should.

According to the Lutheran Social Services of South Dakota website, Lutherans believe that Christ’s love compels them to serve, and that all people are created by God with worth and dignity. These beliefs are reflected in the Lutheran church’s community and social services, one of which is ministering to the elderly, and that is the ministry that has impacted my family.

Several years ago, my mother, afflicted with the pain of degenerative disc disease (which equals constant, severe back pain), the crippling effects of arthritis and the instability of Parkinson’s disease, could no longer take care of her own home, even with family help, so we helped her move into the Luther Senior Center housing in her hometown of Richland (Tri Cities).  We were impressed by the “ministry” attitude of the management and, in fact, the manager at the time was a minister, who watched over his flock of elderly residents like the good shepherd that he was.

After a couple of comfortable years there, my mom needed more support and moved in with me and my family for two years. Eventually she was well enough to again enjoy some independence, so she moved into the Good Samaritan independent living apartments in Greenacres. Early this year she broke her arm, so for three months she recovered in the full care section of the Good Samaritan campus. (The campus also includes assisted living apartments, and duplexes for the very independent.)

In her independent living apartment building, we have again found the management to be watchful and caring, respectful of the residents’ independence but cheerfully available when support is needed. And in the full care section, where residents need almost constant physical support and attention, all the staff do their best to treat the residents individually with friendly respect and compassion.

The aged are often sidelined, invisible, neglected. (Ironic, given that unless we die young, we’ll all be aged some day, but maybe that’s why we turn away, because of an awareness that where they are, we will eventually be.) My family and I have been so impressed by this non-profit organization, where, in their own words, they follow in Jesus’ footsteps and “take his teaching seriously” by lovingly ministering to our elders. We are grateful that our mother is able to live in an environment where seniors are “loved, valued and at peace.”

As it says on another Lutheran Senior Services website, “These retirement villages help (the) elderly . . . age with grace, dignity, and independence, and all provide the security and camaraderie of living in a beautifully managed community.”