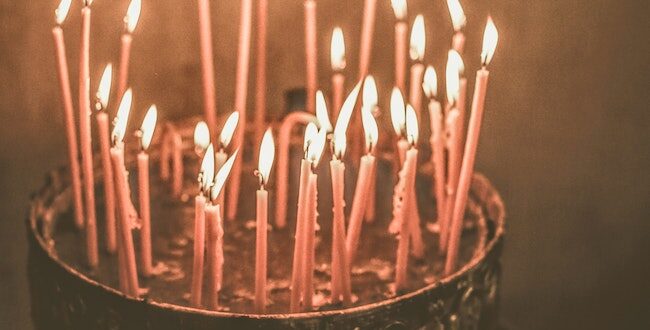 Photo by Wolfgang Rottmann on Unsplash

The sun was out, the sky was a cloudless blue, the breeze was fresh and gusty enough to blow away the late spring pollen.

I was driving home last week from a quick trip to Bend to celebrate my best friend’s 71st birthday.

Bend to Spokane is about a six- or seven-hour drive. But on a beautiful day, with my convertible top down, it is an immensely satisfying, fun drive.

I will be 71 myself soon enough. I was a runner for years but cannot run anymore. Some days walking is difficult. But behind the wheel I can still go fast, too fast for my own good sometimes. When the road ahead is clear, when the sky is a cloudless blue, when the crisp, cool wind of a spring morning is blowing in my face, I am driven, as it were, to unwind the Mustang. I have had my share of speeding citations – 84 in a 60 was my most recent – but driving fast on a blue-sky spring day makes me feel alive.

And that is what I was thinking about on my return trip last week.

Scientists say human beings are the only Earthly lifeform to be fully aware of their mortality. We know from an early age that our earthly tenure is limited. There is no escape. It is simply a matter of time and circumstance. Dwelling on that would be debilitating, except we do not dwell on it. Humans compartmentalize the idea of death. It breaks through our defenses from time to time, most often when we lose a family member or friend. But then we lock the idea away and move forward as if our future was limitless.

And we repeat and buy into the aphorisms that are supposed to help us carry on.

“Live every day as if it will be your last.”

“If we don’t know life, how can we know death?”

An aphorism is a glib, superficial saying that contains a general truth. But in the face of death, glib aphorisms are so insubstantial.

Yes, death can come, too often comes to the young. But most of us grow up with the expectation, right or wrong, that we will live full lives before the end comes in old age and in bed. As youngsters, we consider ourselves invulnerable, we see old age as something that will come but so far into an inconceivable future that we need not worry.

My friend and I reflected on that point as we celebrated his birthday.

“Did you ever think we would reach 71?” he asked, thinking back to our high school and college years when we viewed our risky behaviors as not risky at all.

But there is no escape.

Thoughts of mortality come more frequently these days. Age, the loss of parents, siblings, and friends will do that. But I do not think of myself as fearful, which is a bit of a surprise because I have never thought of myself as particularly courageous. As young people we do not expect an early death so the prospect of such an end would be terrifying if we thought about it. Uncertainty is most terrifying. If we could all be assured of that old-age, asleep-in-our-beds death, there would be far less fear.

As I get older, closer to that old-age end, having survived the perils confronting the young, I find fear loosening its grip. My earthly obligations are mostly fulfilled. I successfully raised two kids and saw them happily married and launched on their own careers. I had two wonderful careers myself, now winding down. And I found a late-in-life, sustaining love. Along the way, I made many, many mistakes, balanced, I hope, by some good things. It has been a great life.

I have enormous respect for those whose religious beliefs assure them of an eternal life after death. Still, as an atheist, on the outside looking in, I have always wondered how that sincere belief somehow fails to lessen the fear of death in the devout or lessen the mourning that follows a loss.

Because I have no belief in life after death, my notions of eternity are a bit different. Steve Jobs had it right, I think.

“Sometimes I think it’s like an on-off switch. It turns off and you’re done,” he said.

Flip the switch and the room goes dark. In the eternity that follows, there is no pain, no regrets or recriminations, no worries. That is eternal peace. When I think of it that way, it seems so much less scary.

Do not misunderstand. I have no desire to see that switch flipped any time soon. I plan to celebrate many, many birthdays after my 71st. And true to the aphorism, I plan to live every day as if it were the last, to enjoy my home, my work, my wife, my kids, my grandkids.

And when the sun is out and the sky is a cloudless blue, and the cool spring wind is blowing in my face, I will put the top down and wind the Mustang up and drive like a bat out of hell.

That my friends, is living.