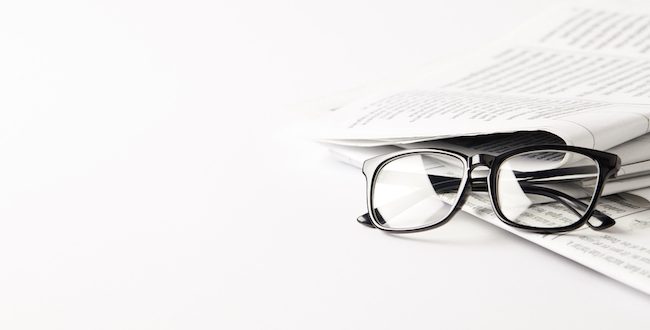 More on the decision to print ‘Sex in a canoe’

Thanks for all your comments on my recent letter about The New York Times’ magazine article, “Sex in a Canoe.” As I write this reply there have been 17 comments on the SpokaneFāVS Facebook page.

I tried to be brief with that letter but, in hindsight, I wish I’d written it in a longer form because most commenters generally missed my point. But if at first you don’t succeed …

The fact that The Times feels no restraint about printing articles such as this suggests, as one comment stated, that the paper needs to titillate readers in order to keep them. That says something pretty pathetic about perhaps the most well-educated group of readers in America. But the fact that The Times can do so without so much as a shrug also says something pretty pathetic about the newspaper.

To jog your memory about still-recent events, the media climbed all over one another to report on Donald Trump’s pre-election “hot-mic” comments about groping women. Critics howled. The reporter was fired because he seemed to participate in the conversation rather than object to it or question Trump’s views. And in the end Trump was elected.

You can’t complain about Donald Trump’s casual attitudes toward sexual behavior and then turn around and shrug when The New York Times panders to its readers. The Times is hypocritical when it objects to Trump’s attitudes about groping women and then publishes an article that encourages readers to take an equally cavalier attitude toward sex.

Cavalier attitude? Boy, this writer needs a shrink! We’re just talking about having fun in the sun, dude! “Lighten up,” to quote one commenter.

My critics should remember that couples who have had sex in public – for example, inside a house with the windows open and the shades up – have been arrested and charged with indecent exposure, and also corrupting the morals of children who witnessed such acts.

If you endorse those arrests then how can you also endorse canoodling in a canoe? Having sex in a canoe generally IS illegal, despite one commenter’s hilarious U.N. wisecracks, precisely because it could potentially occur in the view of others, including minors.

One commenter phoned my editor to object to my column, asserting that the Sex in a Canoe article is one of a “how-to” series in the Times’ magazine that involves some serious journalism.

Seriously? This particular how-to article trashes The Times’ reputation by demonstrating that the research that preceded the article was woefully inadequate. I can’t imagine how any reporter could do such research without ever asking herself, and then the police, if it might be illegal.

And let’s not forget that, in this day of hi-tech gadgets, anyone who discreetly observes such an on-the-water performance could also video-record it and post it to Facebook or other websites for millions, perhaps billions, to watch. That not only puts the canoodlists in jail; it also humiliates them.

Princess Catherine and Prince William honeymooned in a very remote location, but not remote enough to prevent a photographer with an extremely high-end telephoto lens from snapping a picture of the bride while topless at poolside. The Irish Times published the photo, which mortified the royal family and led to the ouster of the newspaper’s top editors.

Did you endorse publication of that photo? Or were you, like most people, horrified that someone’s privacy had been so totally invaded? To object to that photo and then endorse an article about people having sex in a canoe reflects a double standard because the same fate could befall the canoeists.

As for my previous column, when a newspaper with the reputation of The New York Times can no longer tell the difference between sex as a completely private act between two people and sex a public act that’s illegal because others can witness it, then it undermines that newspaper’s ability to discern right from wrong, legal from illegal, in other areas, too.

The implications for The Times in particular and journalism in general are significant because, whenever The Times or any of its columnists complains in the future about unacceptable/illegal behavior on the part of any government official, such comments can be dismissed as hypocrisy. How can a newspaper gripe about illegal behavior after publishing a column that tells people how to do something that’s illegal?

That hypocrisy opens the door to having the rest of its work, by extension, discounted as “fake news.” I’m not talking about Trump and the Alex Jones/InfoWars camp. I worry that middle-of-the-road readers, those who believe that our politics and government must have a moral basis, might begin to stop trusting The Times because it has lost its moral center. Remember what happened to the Irish Times.

You might argue that I’m worrying about nothing – just imagining a worst-case scenario for the sake of making an argument. But 30 years ago who would have thought the day would come when newspapers would be struggling for their lives amid skyrocketing costs and a collapse of advertising and readership thanks to competition from instant e-news?

The New York Times is facing those challenges, but prostituting itself in an attempt to find and keep readers isn’t the way to solve its problems. The Times also is the paper most journalists look up to. Will other editors try to replicate the Times’ example, even if it leads to the same dire results?

When mistrust of legitimate independent media is lost it may be impossible to regain. And when that mistrust becomes the norm within society we’re in deep doo-doo because then we no longer know whom to believe.

Your comments are always welcome – especially from those who believe I’m still wrong and can show me why.

Previous Ask a Jew: Can a woman become a rabbi if her mother is not Jewish?
Next Ask An Evangelical: What are your views on the Catholic Church?