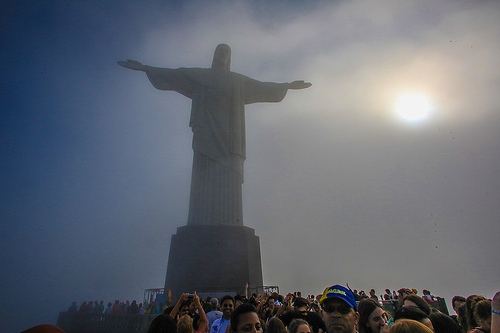 Our pal Laurie Goodstein at the NYT profiles Mormons who go online searching for answers and end up finding doubt instead.

Maybe Cruz and Paul can help evangelicals push immigration through the more conservative House. Then again, maybe not.

Three weeks after losing his son to suicide, megachurch pastor Rick Warren returns to the pulpit next weekend with a sermon series on “How to get through what you’re going through.”

Apparently what happens in Vegas doesn’t actually stay in Vegas: The new Sin City is, of all places, St. Louis.

Speaking of St. Louis, the Missouri-Synod Lutherans are meeting in their hometown this week, and delegates’ materials say it would be “counterproductive” to get bogged down in a debate after the “debacle” over interfaith prayer in Newtown, Conn.

Episcopal blogger Kendall Harmon asks readers how many Anglicans it takes to change a light bulb. My favorite: “Three—one to hold the ladder, one to change the lightbulb and one to mix the Martinis.”

A group of California rabbis has decided not to grant kosher certification to personal lubricant, after all. “The intended uses of these items as now revealed, was misunderstood,” they say. Ahem.  More details than you probably want here.

Read the rest of this post on our parent site, spokanefavs.com.

Previous Ask An Atheist: Have you ever had an experience of awe?
Next Perry Street Fair