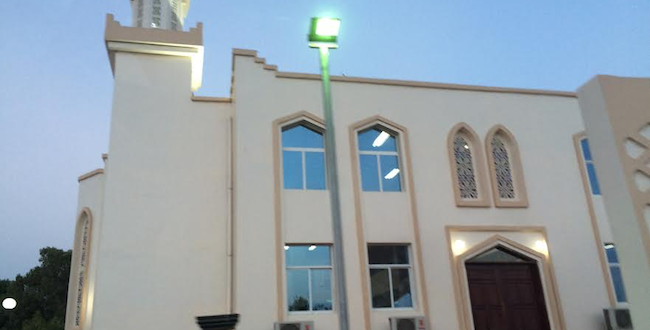 Some could say I tend to live an unconventional, original lifestyle. Choosing to study an Islamic theocracy, Djibouti, for a summer does not necessarily discredit my repertoire. All booty jokes aside, Djibouti is a small coastal country in the Horn of Africa. Besides foreign military, Djibouti’s 900,000 people are prime subjects for religious liberty studies. If Allah could project an exclusively, pure Muslim society, Djibouti is as close as it can get. Ninety four percent of Djiboutians identify as Muslim, 99 percent of those identify with Sunni Islam.

Although Djibouti prides itself on its democracy, the 2015 Freedom House report says otherwise. Djibouti scored itself a 5.5 on freedom, 5 on civil liberties, and 6 on political rights on a 1- best to 7- worst scale.  Not that Freedom House adequately evaluates religious liberty issues, but it does evaluate freedoms to express personal belief. Djibouti’s judicial system utilizes Sharia (Islamic Law), the Ministry of Islamic Affairs runs the Ministry of Education, and in 2013 the Djiboutian Legislature enacted a law that would allow the ministry oversight and authority over all mosques. Any imam who does not wish to be a civil servant is subject to questioning and imprisonment.

It is clear — to be a Djiboutian is synonymous with being a Muslim. To consider oneself as something else is ludacris. Such a decision is detrimental to one’s family, personal safety, and is considered immoral.

In a world where the number of non-religious continues to grow higher and higher each year, the argument that aversion to religiosity is secluded to Western countries, is falsely proved in the heart of Djibouti.

In other mono-religious Islamic democracies such as United Arab Emirates and Saudi Arabia, young people are finding ways around tradition. Saudis are throwing parties in their apartments, Emiratis are drinking on Fridays, and Djiboutians have stopped wearing full hijabs.

In Islam traditional religious practices are not to drink alcohol,, pray five times a day, participate in Ramadan, wear booboos, remain in traditional gender roles and women are to wear hijabs.

Go out in Djibouti on a Thursday evening and you will find Djiboutian nightclub owners protecting their young Djiboutians. During Ramadan, you find young Djiboutian ladies taking their hijabs off among their peers, and during prayer time men and women stick to their computers. When asked if they are abiding by the Quran, their responses are all the same. “I am suppose to pray, but as long as I stick to the most important tenants, I will be OK.” They are referring to believing in Allah, fasting during Ramadan and marrying another Muslim.

Young Djiboutians are a prime example of the desire to express oneself. Some Djiboutians prefer to wear their hijab over praying five times a day and vice versa. Religious freedom does not necessarily mean finding a new religion, but rather portraying that religion’s spirituality uniquely.

Similar to the non-religious movement in the Western world, the doctrine overcomes traditionalism and ritualism.  Young people everywhere believe in basic morality of their religion(s), but do not find ritual action to be as significant to their spiritual wellbeing as it once was.

Religiosity is transforming- across-cultures. Whether it is Modern Christianity, Modern Buddhism, or Modern Islam, young people are developing their own spirituality and religious expression. However this is not to be confused with the extinction of religion, but the contrary. Religiosity is growing. Traditionalism, however, is what is thrown out the window.

Ask any young Djiboutian who they are and they respond, “I am a Muslim.” Religion is not extinct, but rather morphing to fit a more globalized world.

View All Posts
Previous In her 80s Spokane’s ‘Iron Nun’ shows no signs of stopping
Next Randall and Vashti Cunningham: God and games are the family business