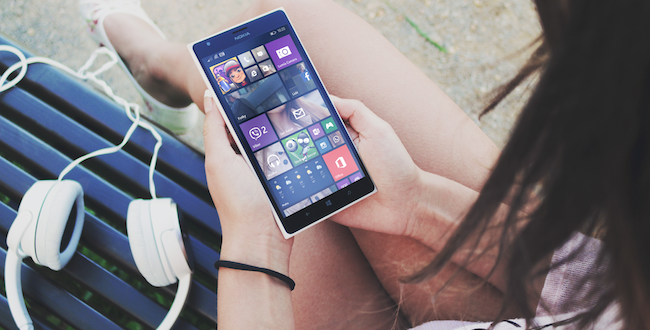 Mobile phone apps don’t exactly have the best reputation among Christians or people of faith. In fact, mobile phones in general are sometimes viewed with disdain by people of a religious persuasion. They’re all-too-often the enemies of productivity, and we spend too much time staring at them when we could spend that time on more important things. We’re sure all of us can think of a time when we looked up from a long session of scrolling only to find that an hour has passed, and we’ve wasted an important part of our day.

We can’t do anything about the time we spend on our phones, unfortunately. They’re a necessary evil of modern life. However, we can make a few suggestions about the apps you might want to look at when you’re scrolling through them. Not all apps are dating apps, or social media apps, or television and entertainment apps. There are apps that might help you with your spiritual life, and there’s no shortage of options! We could compile such a list for people of every faith, but today we’re focusing on Christians.

Almost every time an app ends up in the news, it’s for bad reasons. We’ve seen that very recently when the fact that Google is about to change its Play Store policy on gambling and online slots apps, allowing more of them to be listed. We don’t have an issue with online slots websites – there’s nothing against them in the Bible – but it would be nice to have apps that wanted to give us something rather than take our money. If anything, the news was a reminder of how sophisticated online slots apps and websites have become, offering everything from live video tables to collectible slots trophies, but spiritual apps can be just as sophisticated as you’re about to see!

Let’s start in a really obvious place. One of the most ‘must-have’ apps for your phone is simply called “Bible,” and it does exactly what it sounds like it should do. This is every word of the Bible compressed into a single app and comes with a handy set of features that you won’t get from the hard copy of the same text! You can read through the Bible just as you would if you were reading the book, or you could put your headphones in and have it read to you. That’s a fine way of unwinding at night. There’s even a ‘reading plan’ feature that helps you to break down the text into manageable chunks and help you achieve that long-held goal of reading the whole Bible from cover to cover at your own pace.

You probably have an Instagram account. Everyone and their dog has an Instagram account, and even the Pope is on there. As of the start of 2021, the app has over one billion users – that’s one in every seven people in the world! Vanity aside, it’s an excellent way of keeping your friends and family up to date with your everyday life. Sometimes we struggle to come up with the perfect captions for our photos, and that’s where this handy app comes in. If you allow it access to your photographs, it will come up with an appropriate quote from the Bible to go with each image. If you take a picture of a flower, you’ll get a Biblical verse about a flower and so on. The results aren’t perfect every time, but it hits the perfect verse more often than it doesn’t.

Prayer is great at any time of day, but it always feels like we’re part of something bigger when we’re praying alongside other people. That isn’t always easy and has been especially difficult during the past twelve months when it’s been harder to get outside. The Daily Prayer App, which is free, is the ideal solution to that problem. Not only will it invite you to join prayers along with thousands of other people, but it will also even suggest prayers for you if you’re struggling to focus yourself. It’s not the same as going to church and sharing a blessing with the rest of the congregation, but it’s the next best thing, and it can help you to develop a schedule if you’re someone with a slightly erratic daily prayer routine.

Being a Christian on some of the mainstream dating apps isn’t easy. You’re at risk of being ridiculed for your beliefs and also subjected to some extremely non-Christian behavior whether you go looking for it or not. There are many alternatives to Tinder and similar apps if you’re a Christian looking for a partner, and Christian Mingle is the most popular of them. Christian Mingle is such a well-known platform that it’s even become the subject of a movie, albeit not a very good or successful one. Love in real life often works better than it does in the movies, though, and you probably stand a better chance of meeting a like-minded potential partner through this app than you do through Tinder.

Owning a Netflix account is a minefield, and doubly so if you have children. You can turn on all the content filters that the service opens and set stringent preferences, but subject matter unsuitable for Christians always seems to find a way through it. That isn’t a problem with the PureFlix app because unsuitable material doesn’t exist in the app at all. This carefully-curated collection of television shows and movies offers thousands of hours of content – some of which you’ll know and some of which will be brand new to you. There are even a few lifestyle shows on PureFlix, including those targeted at keeping you fit or teaching you to cook. Who said that television could never teach you anything?

We’ll stop at five apps for now because we don’t want to clog your phone up with dozens of new apps, but let us know if you enjoyed this article or tried any of the apps we’ve suggested. If you do, we might revisit the topic in the future and come up with some more suggestions for you!

Examining the Teachings of Jesus in the Gospels

How Do Faith And Consumption Of Cannabis Products Go Together?

Why Is It Essential To Have Faith Before Using Herbal Products?